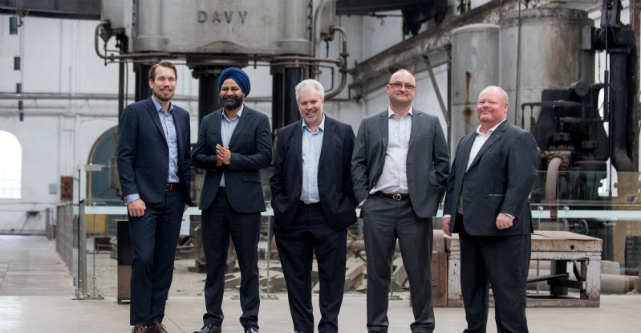 Sydney-based fintech Bigstone has closed a $3 million funding round less than two months after its two-sided small business lending marketplace was officially launched.

The funding round was led by ASX-listed private equity and venture capital firm CVC Limited, with the founders of Bangkok-based Lighthouse Venture Partners and a group of private investors also participating.

Bigstone aims to provide loans to small businesses more transparently and at a more competitive rate, and founder and CEO Boyd Pederson says its global potential helped to attract the investors.

“And we can provide a better, more reliable risk-adjusted rate of return for investors who can assemble something that’s extremely low risk and earn double digit returns.

“We build trust and we’re building a marketplace enabled by trust. This is a global need and our investors have been really excited by what we’ve built.”

“The leadership team of Bigstone is what first excited us about this opportunity,” Beard says.

“It’s not often you find a team as strong and committed to a long-term goal as this, with the necessary experience to successful execute their strategies.

“Bigstone has huge potential as an industry disruptor and we’re looking forward to partnering with Boyd and the team as they look at the next stage of growth.”

At the starting line

The Bigstone platform officially launched six weeks ago, and Pederson says the market reception so far has been “fantastic”.

“We’ve just reached the starting line and in that period we’ve delivered quite a few loans and on-boarded a large number of customers,” he says.

“Our aim is to deliver $10 million in loans in our first year and we’re on track for that.”

The founder says that the cash injection will be used to add fuel to the startup’s growth plans through growing the team, extending the channel partner network and further building out the tech platform.

“Our goal is that the thing we build works really well,” Pederson says.

“We’re trying to make sure that the majority of small businesses, who are the big job creators, are enabled to get a rate at a price that is highly customised and fixed in a way that banks can’t deliver.”

For other budding founders, Pederson says it’s crucial to take things slow and test the waters.

“Find something you think is a really big problem that nobody has solved and you believe you have the ability to solve, then take it one step at a time,” he says.

With the funding in the bank, he says it’s now all about building a globally successful business.

“The goal is to share the value we create on both sides of the transaction – the borrowers and the lenders,” Pederson says.

“We take a small piece of the pie so we need to be a really big business, and that’s our intent.”