Sydney startup CancerAid closes $1.25 million funding round valuing it at $4.25 million only a month after launching 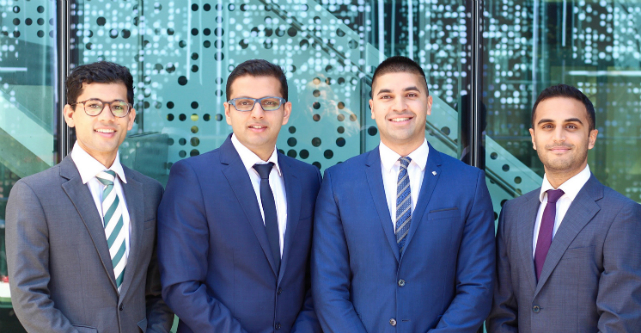 A Sydney-based startup offering an app that provides a personalised approach to cancer treatment has closed a $1.25 million Series B round valuing the company at $4.25 million only a month after it officially launched.

CancerAid offers a platform to organise a patient’s cancer journey and manage awareness and expectations in an individualised way, working with clinicians to provide tailored information.

The iOS app officially launched at the end of August after nearly three years in development and has now been downloaded more than 1000 times and has 17 partner clinics on board, including the Chris O’Brien Lifehouse cancer hospital and Hong Kong Integrated Oncology Centre, the startup’s first international customer.

The funding round comes from a group of high net worth business leaders and was led by Clinton Capital Partners.

CancerAid co-founder Nikhil Pooviah, who worked at the Chris O’Brien Lifehouse Hospital before going full-time on the startup, says the funding process was “long and interesting”.

“Getting the right people on board is really difficult for most startups in Australia,” Pooviah tells StartupSmart.

“We were lucky enough to get assistance from Clinton Capital Partners – their skillset is they can find the right strategic investors for your company.

“Having them on board made quite a big difference and allowed us to focus on the product and customers, and leave the deals to them.”

“From the moment we met the CancerAid team we were impressed,” Clinton says.

“Not only have they identified a real issue for the wellbeing of the broader cancer community, but the solution has been designed by hands-on and experienced practitioners from within the industry.

“This is what differentiates them from many of their peers.”

The first version of the CancerAid app, which is free for patients, was developed by Papercloud and released a month ago, and Pooviah says it has already made an impact on the market.

“There’s definitely a need for it and we’re well placed to make quite a big impact on health tech,” he says.

Pooviah says new features will be continually added as they are developed. First up is a Facebook-style newsfeed which will display stories about patients, carers and doctors, along with a telemedicine service where specialists can keep track of a patient’s progress and offer on-call support and a nutrition service.

“We have some pretty exciting new features coming out and they’ll be released as they get made,” Pooviah says.

“Right now we just need to get some feedback before the proper version comes out in November.”

“There are quite a few pockets around the world where we’ve got a large amount of users,” Pooviah says.

“There is a need for the app overseas. It’s been well received and we get nice messages from patients who like it.”

The cash injection will be used to further develop these new features and on CancerAid’s first real marketing efforts, Pooviah says.

“We haven’t done any proper hard marketing yet – we’ve only done a bit of social media marketing,” he says.

“It’ll be interesting to see what happens when we start promoting it in hospitals and clinics.”

He says while Australia is the current focus, the startup will also be putting efforts towards a further international expansion, and the team is already brainstorming other illnesses where the app could be applied.

“We want to establish CancerAid and then start working on the others,” Pooviah says.

“We’ve brainstormed the next few diseases we want to expand to but we haven’t put anything solid in motion just yet.

“With startups you don’t want to do too many things at once. A big part of my job is figuring out what the priority is.”

For other founders and entrepreneurs, he says it’s important to stick to your values and wait until the perfect investors come along.

“If you really believe in your product and the business itself you need to find the right strategic investors that can not only provide you with capital but also help you in areas where you wouldn’t necessarily have the right skillset,” Pooviah says.

“It’s not too big a deal if the right investors don’t come on board early on. You need to be patient enough and believe in what you’re doing and then things will work out.”