Sydney startup ClassCover scores $600,000 from Follow[the]Seed marking the first ever investment from the algorithm VC fund 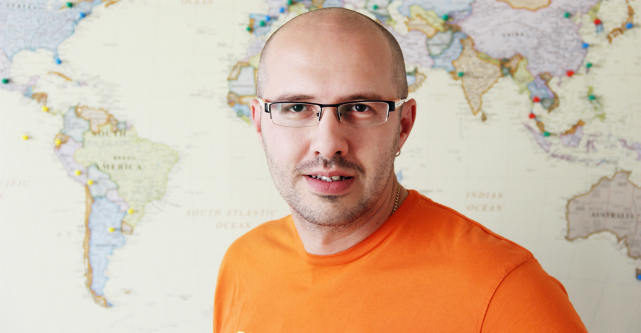 Algorithm-led $50 million VC fund Follow[the]Seed has made its first ever investment, pouring $600,000 into Sydney startup ClassCover.

The algorithm hunts for offerings that have the potential to become daily habits for users and are likely to actually change behaviours.

The first startup that the algorithm has zeroed in on is relief teacher booking platform ClassCover.

ClassCover offers an automated platform for schools to book relief teachers. After launching in 2012, the startup now operates in Australia and New Zealand and has over 35,000 teachers using the app along with 15% of addressable schools in Australia.

Follow[the]Seed co-founder Andrey Shirben says ClassCover has proven that it has the ability to change the daily behave of teachers and school administrators.

“One of the things we’re looking for is companies or products that create new habits or usage patterns – these are habit forming products,” Shirben tells StartupSmart.

“This is exactly the case with ClassCover.

“Finding relief teachers are typically at very short notice and left to the principal, and ClassCover automates this process. Instead of having to pick up the phone 20-30 times, they can just click one button to find someone.”

He says schools are beginning to use the platform every day to find relief teachers, while the teachers are regularly updating their profiles and availability in order to find work.

ClassCover doesn’t take a cut from the teachers’ salaries but charges a fee for schools to use the service.

The cash injection will be used to fund ClassCover’s expansion to the UK, where it launched on Monday.

Shirben says the UK market is ripe for disruption.

“The UK market is entirely dominated by agencies, and schools are paying hundreds of thousands of pounds each year for this service,” he says.

“Now ClassCover comes in at nearly no cost for them.”

The funding will also be used to explore new opportunities and applications for the product, he says.

“They have a lot of traction in the market already and there’s a lot of interest from other countries and other verticals,” Shirben says.

“They’re a company in the position where they have had to say no to a lot of opportunities to focus on the thing they have to deliver. This new funding will mean they’re able to explore more opportunities.”

While it took Follow[the]Seed almost a year to make its first investment, there are now 12 more in the works, with two commitments, he says.

“By the end of the year we’ll have announced another five or six investments,” Shirben says.

“We’re picking up the pace now.”