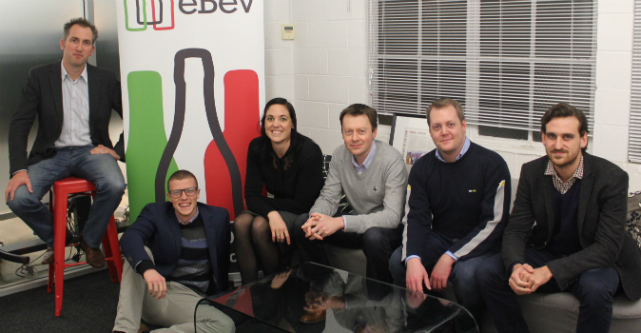 A Sydney startup aiming to disrupt Australia’s $5 billion wholesale beverage market has closed a $1.5 million seed round as it looks to rapidly expand around the nation.

eBev offers a two-sided platform for venues to source, order and manage their stock, with a database of 20,000 wines and 700 venues on board a year after it launched in Sydney.

The funding round was led by Sydney Angels, which contributed $220,000, along with a group of private investors.

eBev general manager Cassandra MacDonald says the startup has been quietly building its base in Sydney, and now’s the time to roll-out across Australia.

“The hospitality industry is full of lots of inefficiencies and is crying out for a tech solution,” MacDonald tells StartupSmart.

“We’ve been running under the radar for the last year or so. We’ve been talking to partners and investors, and this is a pretty big decision for the business.

“We’ve been working through who we’re best aligned with and who can add value, and we’re pretty happy with where we’ve landed. Now it’s time to scale up.”

“There are a lot of inefficiencies on both sides of the industry,” she says.

“Venues are time poor – they want the best wines but don’t have a lot of time to source them. It’s quite a difficult process and quite fragmented.

“For suppliers it’s really competitive, fragmented and saturated. We saw an opportunity to create a win-win with efficiencies on both sides.”

The beverage supply industry is rife for disruption, she says.

“Traditionally venues would do this on an excel spreadsheet, with a list of wines they’re buying from each suppler, then they’d normally call and do a basic calculation at the end of the week,” MacDonald says.

“They’d have to sit down on Monday morning and do maybe 15 calls and emails to suppliers.

“Now they can do that on a Saturday night straight after trade with a simple drop-down menu. We help them have a more streamlined and efficient business.”

Angel investor Adrian Bunter, who joined eBev’s board as part of the funding round, says the startup’s potential to disrupt a huge traditional market was the driving force behind the investment.

“It was great to see eBev already on the front foot tackling the problems long-suffered by venues in the ordering and management of stock. Sydney Angels members were impressed by the clear benefits that eBev brings to both the venues and suppliers within the wholesale beverage industry.

“The fact that eBev has already signed on hundreds of Sydney’s licensed venues with solid transactions in motion is testament to its need in the market.”

The cash injection will be used to expand the offering around Australia, starting with Melbourne, and for further product development, with the inclusion of other beverages, sales rep tools and payments to be integrated.

“We’ve got some pretty good feedback from our members about what they do want developed, and it’s quite important to be reactive to that,” MacDonald says.

“There are a whole lot more tools and features coming.”

She says there’s no advice or tips that can prepare you for the challenges that come with building a startup from the ground up.

“People say that it’s a rollercoaster but I don’t think anyone can prepare you for it,” MacDonald says.

“Everyone says there’ll be ups and downs, but that means it’s not boring. It’s really exciting.”