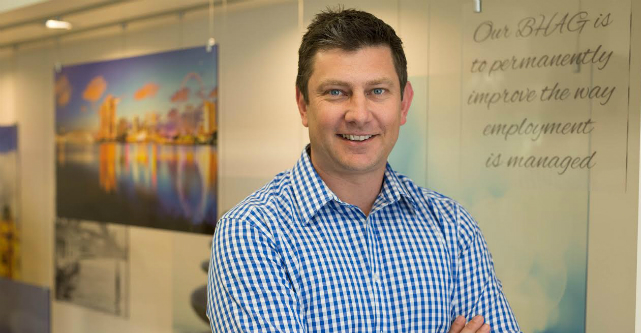 Sydney HR startup Employment Hero has closed a $3 million funding round to capitalise on recent growth in Australia and launch its cloud-based employee management platform in the UK by the end of the year.

The over-subscribed funding round was led by VC firm OneVentures and also includes an investment from AMP New Ventures.

Employment Hero was founded in 2014 and offers an all-in-one platform of software tools for HR to cover the “entire employment lifecycle”, including health insurance, home loans, car leasing and utilities.

Instead of focusing on a subscription model, the Employment Hero platform is free for businesses, with the startup instead earning revenue from its marketplace, which provides deals for the likes of health insurance, phone plans and gym memberships.

The startup is based in Sydney and has offices in Brisbane, Melbourne, Perth and London.

It’s the first round of external funding in the startup, and CEO Ben Thompson says the team wanted to validate the Employment Hero model before seeking a large capital injection.

“We wanted to prove the model first, and we started with an experiment in July last year,” Thompson tells StartupSmart.

“We wanted to pass 20,000 employees on the platform and we’re now at 35,000. We wanted to prove that we could make as much money through the marketplace as we would with a subscription model.

“Once we’d proven the model we decided to scale it, and that gave us the motivation to do a capital raise.”

The startup’s model is based around moving HR practices to the cloud, something which Thompson says hasn’t previously been embraced by small businesses.

“Most Australian and global SMEs still manage HR using envelopes, Manilla folders and filing cabinets – they haven’t made the transition to the cloud,” he says.

“HR systems have been relatively expensive and provided very little for the employees. Our hypothesis was to make a completely employee-centric HR platform to help employees’ income go further and make money by saving people money.”

The $3 million cash injection will be used to drive Employment Hero’s growth in Australia, further develop its platform and prepare for an expansion to the UK by the end of the year, where the startup will run a similar lean experiment as was conducted last year locally.

OneVentures CEO Michelle Deaker says the firm chose to back Employment Hero because of the lucrative market it is operating in.

“The human resources marketplace is poised for significant growth in the next 10 years,” Deaker says.

“The Australian market alone is worth in excess of $500 million with payroll $2 billion and financial services and mortgage commissions in excess of $7 billion.”

Thompson says it’s crucial for founders to find an investor that is offering much more than just funding.

“Choose an investor who you feel can provide great strategic value as well as money,” he says.

“You’re going to be married to them for a long time and working really closely with them.”

While Employment Hero has barely existed for three years and enjoyed quick growth, he says it certainly hasn’t been an overnight success.

“Employment Hero brings together years of work and three companies that we’ve been working on,” Thompson says.

“It is an iteration of 15 years of hard work and three other successful businesses.”