Sydney startup ezyCollect closes $1.25 million seed round as it looks to revolutionise the way SMEs get paid 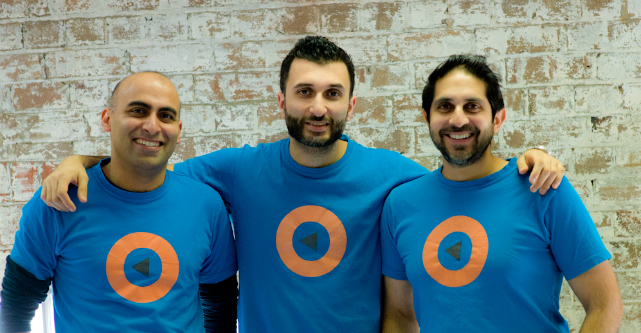 A Sydney startup aiming to help SMEs get paid quickly and smoothly has closed an oversubscribed $1.25 million seed round as it looks to expand across Australia.

The funding round in the startup was led by Tank Stream Ventures and comes more than 18 months after the platform was launched.

EzyCollect founder Arjun Singh says this time was crucial for validating the business proposition and getting traction that helped when pitching to investors, with the company now having more than 1000 users across eight countries.

“We had a bit more than a concept– we had customers and revenue,” Singh tells StartupSmart.

“We had a clear indication that this is more than a concept, it’s an actual business. Fintech is a pretty hot space at the moment.”

After getting the lead investor on board, Singh says the round was closed in only a few months, and the cash injection to be used primarily for raising awareness of their offering in the SME community, as well as further product development.

“It’s such a new space and it’s about making sure businesses know they can automate this,” he says.

“It’s very much about the top of the funnel.”

Singh is a former small business owner and says he personally experienced the challenges of debt collection and the inefficient methods that are currently used.

“Most busineses look at solutions like hiring new people or P2P lending, but they’re very much band-aid solutions,” he says.

“They’re good solutions when you need cash in the bank but it’s not solving the core problem of getting customers to pay you faster.”

He says the ezyCollect platform is based around taking a proactive approach to payments.

“We want to change the payment culture from a reactive one to proactive using a cost-efficient manner,” he says.”

“We don’t want to go to the US tomorrow and burn cash by going overseas,” he says.

“That was my first instinct but I’ve learnt that there’s a market big enough here, so let’s get market space here and then go there once we’re saturated. That’s the objective.”

He says it’s crucial for other founders and entrepreneurs to be as open as possible during the fundraising process.

“Be very transparent from day one,” Singh says.

“If you’re not transparent they’re going to find out the truth. You need to be upfront about what’s good and what’s bad in your business.”

He says that startups also need to make sure they’re getting a fair deal from investors.

“Take advice and ask other people who they used. We were lucky with Tank Stream but some of the term sheets we got from other VCs were really not that great.”

It also pays to wait until your company has paying customers and is fully operating before turning to investors, Singh says.

“Get some runs on the board,” he says.

“It’s really difficult to run the business and be raising money. All the spare time at night you’re working on pitch decks.

“We closed it in three months but if we hadn’t done that I could see the business really suffering. Raising money is a full-time focus.”