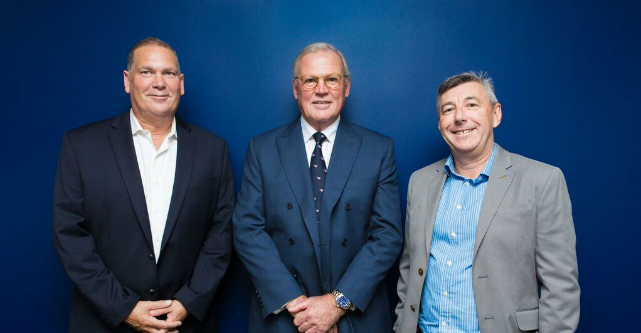 Sydney-based robo-advice startup Ignition Wealth has scored a $1 million investment from financial planning pioneer and Rich Lister Barry Lambert as it looks to lead the way in digital financial advice.

Ignition Wealth is a robo-advice platform that uses an algorithm to design and implement a dynamically updated portfolio for its users.

Lambert, the chairman of cloud-based super administrator Class and founder of a large network of independent financial planners that was sold to the Commonwealth Bank for $373 million in 2011, has acquired a minority stake in the startup in exchange for the investment.

Ignition Wealth CEO Mark Fordree says he has known Lambert for many years and his pitch centred on the impact technology is having on financial advice.

“Given his interest in both the superannuation industry and technology it was a very natural conversation to talk about what Ignition was doing and how we could complement his existing businesses and have a major impact on the advice market generally,” Fordree tells StartupSmart.

“He recognises the step change technology is going to have in the advice market more generally.

“Barry absolutely understands that advice is really only available to the top 15% of the population now, so it stands to reason that you’ve got a massively underserved market which can only be serviced by using technology combined with compliance.”

Ignition Wealth initially launched in 2008, and earlier this year became the first digitally-led financial advisor to be granted an Australian licence.

Early-stages of a big market

With the investment from Lambert, the fintech now has $4 million in funding that it will be using to rapidly expand and grow out its current offering, Fordree says.

“Our working capital primarily goes to the ongoing development of our product offering, and also into marketing and infrastructure,” he says.

“We’ve more than doubled our workforce in the last 12 months and our growing profile will continue into the foreseeable future as we continue to build up our customer base.”

He says the use of new technologies in financial planning is only just starting to hit the mainstream, and is set to be a booming market.

“Two years ago the whole subject of digital advice was probably being discussed in 10% of boardrooms of financial institutions,” Fordree says.

“Today there are probably 10% that aren’t discussing it. We’re fortunate to be plying our trade in the early stages of a major step change in the way people will access and deliver advice.”

With this increased interest in the market there has also been an uptake in fintechs looking to capitalise on it, but Fordree says he isn’t concerned about the increasingly competitive landscape.

“People tell me that there are 20, 30 or 40 robo-advice players popping out every other day but we’re not too concerned about that,” he says.

“It’s a very natural evolution. Technology will be in every nook and cranny in financial institutions from this point on.”

Ignition Wealth stands out from the pack because it offers a “holistic approach” that covers all aspects of a user’s financial footprint, he says.

“We see a lot of people out there using their skills to automate a piece of the pie,” Fordree says.

“I think that every entrepreneur needs to look at what their business model end game is. A lot of tech players we’re seeing need to amalgamate and get together to form an end-to-end solution.

“Just having a piece of the pie doesn’t necessarily deliver a business with longevity.”