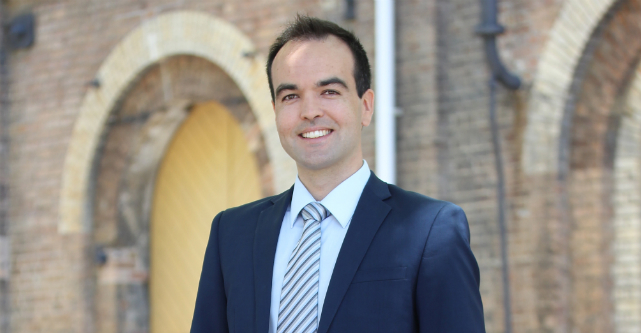 Sydney startup Maestrano has closed a $4 million funding round led by Macquarie Group co-founder Allan Moss as the company aims to become the next Australian global success story.

Acorn Capital also contributed to the funding round in the cloud applications aggregator startup, and Maestrano co-founder Stephane Ibos says the capital injection isn’t about giving the company runway, but rather accelerating its growth around the world.

“Before fundraising the company was already breaking even. The business could just keep going at the current pace and organically grow but we think that the time to market is now if we want to really help our enterprise partners and SMEs.”

Maestrano is a SaaS platform that offers enterprises open-source cloud applications with no fixed contracts or licences. Clients can pay per hour or for a one-off use of the service.

Ibos says getting the backing of such a prominent businessman is strong validation for the startup, and he was pleasantly surprised by how down to earth Moss was during the discussions.

“What struck me as a relatively young entrepreneur was Allan’s incredible kindness and modesty,” he says.

“He’s undoubtedly a very highly successful and well-regarded guy and it was very humbling dealing with someone like him.

“No matter your success, modesty is still the prime quality of someone.”

Australian company on a global stage

Ibos and his co-founder Arnaud Lachaume, who are both originally from France, have a personal goal of establishing a globally successful startup that can remain based in Australia.

“We want to build a global company that is Australian born and bred,” Ibos says.

“It makes us really proud to raise growth funding from Australia. We hear a lot that it’s not a favourable environment compared to the US or Israel, that it’s less supportive and has less opportunities. I really don’t agree with that. It’s a fantastic place to build a startup.

“If Maestrano can show that Australia can produce great global startups then that will make us really happy.”

Maestrano has now raised a total of $7.4 million across three funding rounds, and the latest capital injection will go towards “customer success” efforts and accelerate the company’s technology roadmap.

“We’re definitely a technology company, and we’ve reached a stage of maturity in the product where we see a lot of opportunities going further,” Ibos says.

After launching two years ago, Ibos says the startup’s growth has been rapid, especially across the last 12 months.

“We’re growing quite exponentially in terms of enterprise clients and reach,” he says.

“Maestrano as a business today has almost nothing to do with Maestrano a year ago, from a maturity, revenue and reach point of view.

“This comes with all the good challenges of rapidly scaling a business.”

The founder says the key lesson from the latest funding round is that it always pays to be open and honest.

“You always have to be 100% honest and transparent with your investors,” Ibos says.

“There’s nothing you can hide and there’s nothing you should want to hide. These are people that will inject money to support your project so if you hide things and you don’t tell the truth then you’re just setting yourself up for a very, very bad time in the future.

“You have to be patient too, and start working together with them as a team before they’ve put any money in.

“It’s intense, it’s quite exciting and it’s a bit scary, but all in all if you’re transparent and honest then things will be fine.”