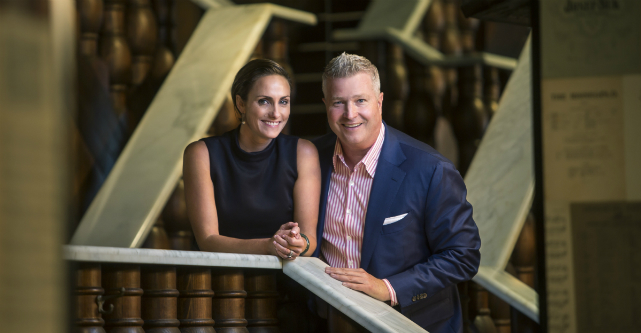 The ASX-listed startup is set to launch its mobile-first, online-only talent discovery competition at the start of next year, and will be using the latest capital injection to also accelerate the delivery and marketing of this and to enhance the user experience.

Megastar Millionaire is a software platform for online talent contests, connecting “performers” with fans through an interactive, gamified experience.

Its parent company MSM completed a backdoor listing on the ASX last year after raising $7 million through a reverse takeover of a mining shell.

The funding round of $4.88 million saw the issue of nearly 17.5 million shares for 28 cents each to a range of sophisticated and professional investors.

Capitalising on a big opportunity

“We were in Hong Kong talking to investors to make them aware of what MSM is, what we’re doing and what the goal is for the company. There was just so much interest to enter those markets.

“It seems like a smart idea to do a land grab now. There’s such a huge opportunity in this space and if you don’t take that when it presents itself we wouldn’t be servicing ourselves or our shareholders. We thought we may as well increase our opportunities and go head-strong into it.”

The Megastar Millionaire platform dubs itself as the “world’s biggest online talent competition” – think Australia’s Got Talent but run and broadcast entirely online and mainly through a mobile app.

“Essentially it’s a tournament-driven platform where voters whittle down to the finalists, and it’s all mobile-centric,” McGill says.

“Not only can you win a million dollars, but you can also share all the social followers with other people on the platform. Realistically in today’s world that is worth a lot of money to a lot of people.”

Megastar Millionaire will be running its first talent competition at the start of next year in all Commonwealth countries and the US, with a closed beta trial beginning in the coming weeks.

The platform allows anyone with a social media following of at least 2000 to upload a video of them performing. These contestants are whittled down to finalists through user votes, with the selected participants then entering a six-week judging round.

The ultimate winner will receive $US1 million.

Contestants will have to pay a fee to take part, will the other side of the platform will operate on a freemium subscription model. The business will also be monetised through licensing, advertising and selling big-data to advertisers, McGill says.

Disrupting or working together?

With the inaugural competition set to launch soon, the Sydney-based company is also looking to license out the platform to other countries, just like how the Got Talent format is now run in nearly 60 countries around the world.

McGill says the Megastar Millionaire platform can be used by a whole range of companies, like a football club looking for a new recruit or by existing reality TV shows for casting and auditioning.

“Whilst we are a disruptor of that industry, we can also be incredibly complementary,” she says.

“We’re in between a whole heap of industries – mobile gaming, social media, TV and talent. We disrupt all of them a bit but we’re actually complementary to all of them as well. It’s very exciting.”

While TV viewers are inundated with new reality talent-search TV shows, McGill says recent research by MSM show a strong appetite for an online-only offering, with 80% of under 45s surveyed in the US saying they would take part, and 24% saying they wanted to compete.

With all ambitious tech offerings coming with certain risk, she says it’s crucial to build up a strong and reliable team.

“Remain constantly open and agile, and find a team that can deliver on the first time,” McGill says.

“One of the biggest problems in tech is that there’s always a big risk for the people who are building platforms.

“We’ve mitigated that because we have the most unbelievable team behind it.”