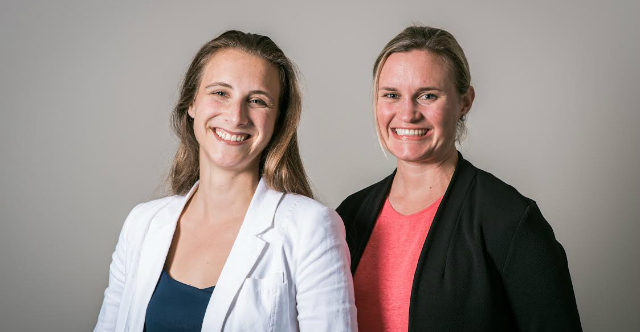 Sydney-based real estate platform OpenAgent has closed a $12 million funding round as the startup looks to continue its rapid growth across Australia.

The large funding round was led by Reinventure and also included Breakthrough Labs and Singapore-based venture capital firm Qualgro.

It brings the total investment in OpenAgent to $20 million following a $1 million round in late 2014 and a $6 million cash injection in June last year.

OpenAgent offers a platform for Australians to sell property and aims to improve transparency and the overall process.

OpenAgent co-founder Zoe Pointon says the startup has doubled in size over the last year and now employs 60 people and boasts more than 10,000 users.

“The expectations go up as you raise more and more money,” Pointon tells StartupSmart.

“The one thing that makes life easier is that you’re growing like crazy and doing good work, but it’s never easy to raise money.

“Having fast growth in a big market is the key pitch, the rest is about the team.”

The investment is the first from Reinventure’s new $50 million fund and only the second time that Qualgro has backed an Australian startup, and Pointon says this is strong validation for the homegrown business.

“We feel incredibly proud to be able to be attracting these kinds of people,” she says.

Fellow co-founder Marta Higuera adds that the funding round is about much more than just new capital.

“It’s not just about getting money; it’s about who you get in. Getting great investors has been key to our success.”

The cash injection will be used to further grow out the OpenAgent platform and expand its reach across Australia, Higuera says.

“It’s around growing more products and services to bring more transparency to people that are thinking about selling their home,” she says.

“We started with comparing real estate agents but there’s so much more we need to bring to the consumers.”

A growing number of Australian startups have looked to disrupt the traditional real estate industry, and Pointon says this should only be viewed as a positive.

“The fact that it’s a very, very big market means you’re going to get people looking at the space and innovating, and that’s a great thing that we can all play off.

“The more innovation there is the more people tend to change their behaviours and adopt new technology, and that’s a good thing.”

A crucial part of OpenAgent’s success is the team’s singular focus on one aspect of the market, Pointon says.

“The hardest thing about running a company like ours is prioritisation and focus, and knowing what matters,” she says.

“You have to be ruthless about what matters when you’re trying to grow a consumer brand and do things with technology and people.

“To be able to raise the funds and grow you need to be ruthless about growth metrics and how to get there.”

This involves being able to say no to potentially exciting projects in order to zero in on the core function of the business, she says.

“We’re trying to get really, really good at helping the seller and making the process easier,” Pointon says.

“You can’t get seduced by all the shiny things around you.

“There are so many things you could build or get into but you have to say no.”