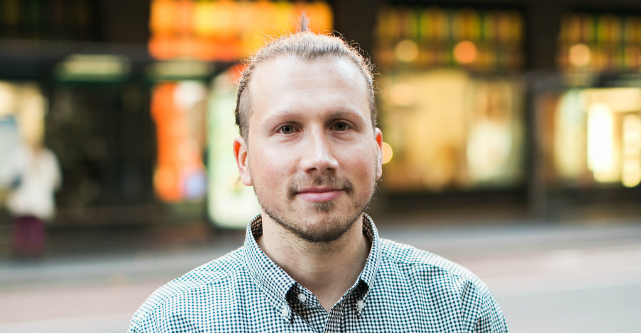 A Sydney-based startup combining charity donations and personal goal setting has secured an investment from Australian social enterprise accelerator One10.

The Melbourne-based accelerator has contributed an undisclosed initial investment into Promise or Pay with sights now set on a seed round to grow the idea and look towards international growth.

Promise or Pay was founded in 2014 by Jay Boolkin and has won a number of awards already, including the worldwide Social Startups MVP Program.

Boolkin was living in Cambodia when he first came up with the concept, and says it was a very “spur of the moment idea.”

“My background is in not for profit, and due to that I knew the difficulties some charities had in raising funds,” Boolkin tells StartupSmart.

“I just tied that in with my own struggles in achieving personal goals.”

The startup provides a platform where users can set goals and then donate money to a charity of their choice if they do not achieve that milestone.

Users can also get ‘followers’ to also donate if they manage to uphold their promise.

Research has shown when achieving personal goals, success rates rise by 33% if shared with others, and by up to 72% if money is associated with completing them.

Boolkin has been running the company solo, and is hoping to benefit from the support and opportunities the investment will provide, with One10 founder Geoff Gourley coming on board as co-founder.

“I am excited about working closely with Geoff and the One10 team,” Boolkin says.

“I’m also looking forward to everything that I will inevitably learn along the way.”

Gourley will also be mentoring Boolkin through the development of his company.

“Mentoring and supporting Jay to grow his organisation is a key feature of One10’s approach, you can say we invest in the people more than just the technology or service,” Gourley says.

One10 was established in 2015 as a way to foster social enterprises within Australia and address their “desperate need” for funding.

With many of Australia’s entrepreneurs leaving for countries with better funding opportunities, One10 is seeking to increase investment amounts and opportunities locally.

The accelerator provides capital along with consultation and co-working space in Melbourne, Brisbane, Sydney, Gold Coast and Perth.

Health and fitness-focused startup Health Delivered became the first company to be accepted into the One10 program in March this year.

With this investment, Promise or Pay is looking to expand into the corporate market, allowing businesses to set goals for their employees and support them through charity donations.

“Human resources is interested in health and wellbeing, and this will allow them to craft a promise campaign for their employees, even something simple like ‘keep hydrated’,” Boolkin says.

Boolkin says Australian startups are in a “really interesting space” at the moment.

“A lot of social enterprise startups are choosing a for-profit business model, which allows them to be more agile and actually get work done,” Boolkin says.

“In doing that they make themselves ineligible for a lot of not-for-profit funding.”

Boolkin’s advice for other entrepreneurs trying to get funding is to enter a lot of startup competitions.

“The only way I’ve been able to get Promise or Pay running is through competitions, and through grant makers that are willing to support companies without DGR status.”