Sydney startup Snappr closes $500,000 pre-seed round as the newly implemented tax incentives cause a “mental flip” in investors 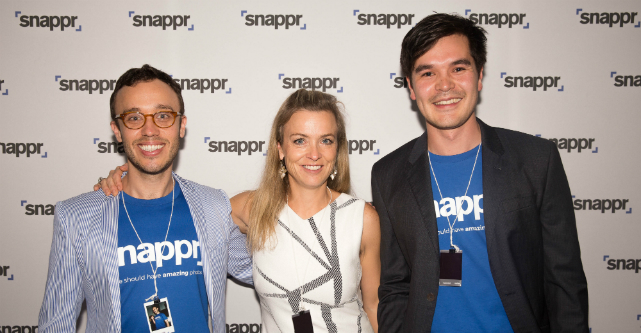 On-demand photography startup Snappr has closed an oversubscribed $500,000 pre-seed round on the day that the government’s new early-stage investment tax incentives came into effect.

The Sydney-based startup initially planned to raise a small round from family and friends but strong investor interest led to a more sizable round. After raising $200,000 in less than a month, the team decided to cap it at $500,000.

Snappr co-founder Matt Schiller says it could have been even bigger.

“We had to close the books on it,” Schiller tells StartupSmart.

“We had more interest than we had room to take on and that’s a very good problem to have. It’s great to have that level of investor interest as we go forward for future rounds.”

Schiller and co-founder Ed Kearney only started working on the two-sided marketplace for professional photography services two months ago, and wanted to keep this round small.

“The biggest factor for us was that we initially intended for this to be a small family and friends round,” Schiller says.

“We didn’t want it to become a full seed round so we wanted to stay this size so it could be a pre-seed round and not get too big too early.”

The impact of the tax incentives

Snappr began talking to investors as the government’s early-stage startup investor tax incentives were set to be implemented, and Schiller says the impact of this on potential backers was obvious.

“People were absolutely sold on the business model and expansion plans for the business but the incentive scheme definitely helped to seal the deal,” he says.

“More importantly than just being a little monetary bonus, it had the effect at a higher level. It added to the sense of bubbling momentum and excitement in the startup scene.”

He says the incentives have helped to show startups as legitimate investment opportunities.

“At Fishburners we’re surrounded by other startups that are all raising money at the same time,” Schiller says.

“We’ve felt that the coming in of this scheme has given the signal that startups are a very viable investment option. The government is encouraging smaller investors to get involved in early-stage ventures.

“It’s a real mental flip for the Australian investment sector.”

The Snappr platform was officially launched out of beta last week, and Schiller says it is growing rapidly, with 700 photographers having applied to be listed on the service.

“In the last 30 days since we closed the round people have become more aware of the business and there has been a huge jump in the quality of applicants,” he says.

With the cash injection, Schiller says he’s excited to be able to return his full attention to growing the burgeoning startup.

“It’s a time-consuming and taxing thing every time you go through an investment round,” he says.

“It’s good to be able to go straight back to focusing 100% on growth. Now we’re really focused on marketing the brand and growing here in Sydney, Melbourne and Brisbane.”

While Snappr has global ambitions, the focus in the early days will be on conquering the local market.

“We really want to bunker down here in Australia,” Schiller says.

“It’s still very early days and we don’t want to go too wide and take things too quickly.

“We do have international ambitions and will be talking more about that in the coming months.”