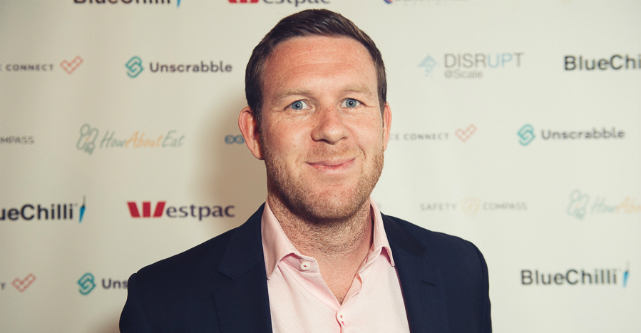 A Sydney-based workplace productivity startup has closed a $400,000 seed round as it looks to optimise how businesses use their office space.

SpaceConnect offers a proprietary algorithm to track the use of workspaces and then optimise where people work and at what times.

The startup recently completed the Westpac-backed BlueChilli [email protected] accelerator program, and BlueChilli led the funding round in the company.

The cash injection will be used for further product development and to prepare for a launch into the US market, SpaceConnect founder Matt Pope says.

Pope was working in enterprise software development and business strategy for large corporates when he came up with the idea for SpaceConnect.

“One of the biggest things that came out of that work was that I was discovering how much time was spent around people trying to find available space,” Pope tells StartupSmart.

“There’s a massive perception that there’s a lack of space in offices for meetings and working room. There’s a difficulty in making the most of spaces available and there’s no way of visualising what space there is.”

So he set out to create a solution, and SpaceConnect was born.

“We want to connect the world through office space,” Pope says.

“It started from a seed idea of optimising space for commercial office buildings and quickly went into thinking about user experience.

“It’s about who wants what from working in an office and how we can make that happen.”

For example, Pope says the platform can pinpoint the right meeting room, tee up your presentation when you walk in, dial in the right people and get a note-taking service ready all automatically.

“And if you don’t turn up it makes the room available for other people to use,” he says.

“If gives efficiency in understanding how people are using the space, and the algorithm automatically calculates and predicts current and future demand for space based on why people use space and their behaviours in it.”

The SpaceConnect MVP was launched in July last year and the startup acquired its first paying corporate customer in August.

“The feedback we get is phenomenal,” Pope says.

“These companies are looking for a different way of managing space than what’s been in the market.”

Pope says that completing the BlueChilli accelerator program was greatly beneficial in refining the business offering and preparing to pitch to investors.

“It helped to put some discipline into the way we set up the business and made sure we had all the right things in place and were on the right path,” he says.

“We were consciously doing that rather than just having a crack and seeing what happened. We were able to test and validate our idea and hypothesis, and make sure we were going about it in the right way.”

This is the first time Pope has completed a funding round for his company, and the founder says it’s important to not lose focus of actually running the business.

“When you do a capital raising it’s not part-time, it’s full-time,” he says.

“You have to ensure that you get it done quickly – if you don’t it’ll take focus away from the business. You need to be committed and make it happen – you can’t half do a capital raise.”

Founders also need to be willing to change their idea if the market is calling for it, he says.

“Listen to feedback – take it on board and don’t think you know everything,” Pope says.

“Be willing to modify and pivot your direction to ensure you are meeting users’ needs and demands. Have a problem to solve – if you don’t you’ll find it impossible to find a customer.”