Sydney startup TapView partners with Fairfax on the back of $100,000 in seed funding 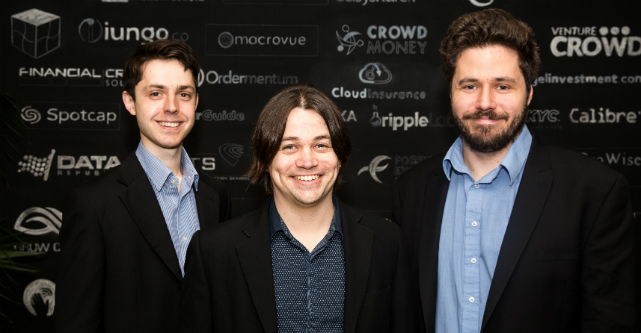 Sydney-based micro-payments startup TapView has launched a partnership with Fairfax Media following a $100,000 seed funding round earlier this year.

TapView’s white-label offering has been integrated into two regional Fairfax papers – the Milton-Ulladulla Times and Bay Post-Moruya Examiner – allowing readers to pay $1 per week for a small subscription or 20 cents for each article they want to read.

Users have to register for the service, with all payments done through the site, with no plugins or redirects. There will be a $2 monthly cap for reading individual articles, while users will only be charged if they exceed $2 in month, with the fees carrying over if not.

TapView co-founder James Jansson says he has been in contact with Fairfax since taking part in the publisher’s internal hackathon earlier in the year, where the team developed a tailored solution for the Australian Financial Review.

The entrepreneur was then introduced to the rural section of Fairfax to trial the solution.

“We had lots of discussions back and forth about what they’d like to see,” Jansson tells StartupSmart.

“We think it’s a good opportunity to be working directly with Fairfax. They’ll have an internal review about how it works and whether it’s right for them.

“If we do partner with the metros then this could be very, very big for us.”

A model for the modern media

Jansson says TapView offers publishers a way to monetise content that is tailored to how people consume it today.

“Most people look at a $15 or $30 subscription for a newspaper they occasionally read and know they will never ever consume the full subscription,” he says.

“Now they are able to pay a small amount for an article that is important for them.

“This is the model for the modern media landscape – no-one has a single subscription or a single news source.

“If you need to have 30 subscriptions to do that then no-one will pay for anything. This is the alternative to that.”

TapView is focusing on all online content not just journalism, Jansson says.

“If the content is the product the person is trying to sell, we can monetise it – from videos, to comics, to stock reports,” he says.

“It’s anything that people think has value.”

With a lucrative partnership under its belt, TapView is now looking to bring on more publishing clients and will also soon be opening a larger funding round.

“We’re looking to take on more publishers, and we also want to raise some money to help expand onto other websites and across the world,” Jansson says.

Jansson says the startup originally planned to only offer payments by article, but introduced the mini-subscription option after getting feedback from clients.

“We found that having the ability to put people down for subscriptions was extremely important for these publishers,” he says.

“You need to listen to your client to make sure you’re satisfying them. If you’re trying to enter a field where your customers will be corporates, listen to their needs.

“You might disagree with some of them but you need to know what they want so you can solve their problems.”