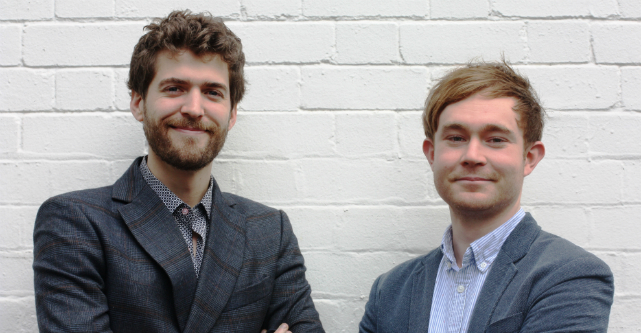 A Sydney fintech startup has secured $800,000 in seed funding to help put its business loan marketplace in front of more Australian small businesses.

Valiant Finance is an online platform aiming to help SMEs secure loans with “unprecedented transparency”, matching users with lending partners through an algorithm.

The platform officially launched in November last year and has since partnered with 26 lenders.

The seed funding rounds was led by Westpac’s VC fund Reinventure and supported by H2 Ventures and several angel investors.

Always longer than you expect

Valiant Finance co-founder Alex Molloy says that while he cast the net wide when searching for funding, Reinventure was always the obvious choice.

“We went through a lot of different routes to have conversations with a lot of people, both institutional and private investors,” Molloy tells StartupSmart.

“We had a conversation with Reinventure relatively early in the piece and it became clear pretty quickly that they gelled strongly on the strategic proposition and could see the gap in the market in serving this pain point for small businesses.”

The startup has been in discussions with investors since the start of this year, and Molloy says it’s crucial that founders realise how long this process will be.

“It’ll always take longer than you expect –this still bears repeating,” he says.

“You really need to plan your cash runway to take into account that fact that it’ll still take you a couple of months longer than you originally planned.”

He says the cash injection will be used to make a series of hirings, build out the platform and focus on marketing for the first time.

“We’re mainly using it to take on a really talented team that we’re delighted and lucky to have pulled together,” Molloy says.

Reinventure manaing director Simon Cant says the strong team that has formed around the startup played a big role in the company securing funding.

“We were interested to support a platform that will help simplify and streamline this space to get better outcomes for Australia’s SMEs,” Cant says.

“[Co-founder] Ritche [Cotton] and Alex are smart young entrepreneurs with a unique approach to this challenge, and have built a fantastic team around them to create an excellent product, which was a key driver in our investment decision.”

The first eight months of Valiant Finance’s operations have focused on working closely with the startup’s early adopters and fine-tuning the lending process, Molloy says.

“Early on in a startup’s life you put a lot of work into serving early customers in a way that’s not necessarily scalable but critical to getting early wins and learning more about the need you’re trying to service,” he says.

“That’s certainly what we’ve been focusing on. We’ve been interacting personally with customers and putting a lot of work into creating a solution that will really fund them.”

While admitting this personal touch will become more difficult once the startup begins to scale, he says that it is something that will still set the platform apart going forward.

“Valiant is different to a lot of other online lead generator platforms because we’ll always have that human touch element to support customers when they need it,” Molloy says.

“If the client doesn’t need assistance then the technology can get them all the way through and if they do then we have really good expertise on the other end of the phone ready to hold their hand through the whole process.

“Over the next couple of months we’ll make some optimisations and changes to the platform that are designed to get a stronger fit so we can move customers through the process without heavy intervention.”

He says it’s important for all founders to be constantly learning and focusing on building a scalable service.

“It’s about fighting that comfort in doing things that aren’t scalable,” Molloy says.

“You need to treat every customer interaction as a learning experience and be proactive about folding what you’re learning back into how you run the business.”