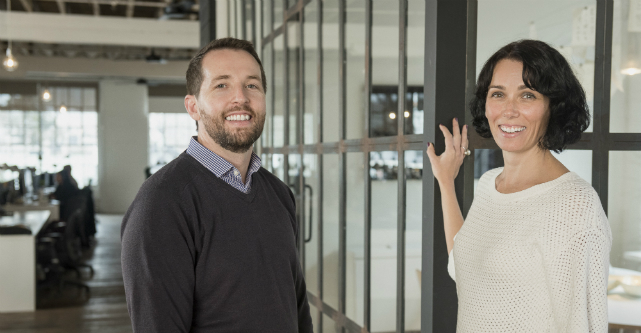 A Sydney-based startup aiming to be the engine running the ideas boom has raised nearly $1 million as it officially launches.

Veromo aims to be a one-stop shop for entrepreneurs to set up and register a business, removing the red-tape and time-consuming forms that drive many away from creating their own company – a startup for startups if you will.

Veromo co-founder Luscheyne Mellon says the startup was born from her own frustrations with trying to set up previous businesses.

“It was born out of our own frustration with starting a business a few years ago,” Mellon tells StartupSmart.

“I kept saying, ‘how many times do I have to enter my name, email address and date of birth?’”

To counter this, Luscheyne and co-founder Andy Giles launched Veromo, a “business engine” designed to automate the process of registering and starting a new business in Australia.

“We’re helping small business owners get to market quicker and taking care of regulatory pain that people have to go through,” Mellon says.

“With us you can fill in one form and be able to get your business set up in minutes. Rather than jumping through hoops and getting caught in the maze of bureaucracy, this is a one-stop solution to get your idea off the ground and start up within the next half hour.

“We’re the business engine to drive the ideas boom.”

The startup claims to be able to get a sole trader set up in 20 minutes and a full company in half an hour, a process which traditionally can take up to a week.

Veromo offers three packages, charging $799 for a company registration, $299 for a partnership and $249 for a sole trader.

The company’s NameFinder tool can help entrepreneurs choose a business name that’s available, while OnceForm can get everything registered. Mellon says further products that are in the works include an admin folder to store all paperwork and educational materials for business owners.

While a lot of Australians have recently been motivated to start their own business, many have been steered away from this by the red tape and regulations, Veromo says.

“A lot of people are realising that you don’t have to be a cog in the corporate wheel,” she says.

Veromo was founded in April last year and now has a team of 11 based in Surry Hills. The startup has secured a $935,000 seed round from key investors including James Henderson, Thomas Fussell and Mark Dalgleish, along with friends and family.

After initially going down the “safe path” of government grants and incubators, Mellon says the investment came about rather “fortuitously”.

“We met with Jamie Henderson for advice and guidance, but he quickly said he’d like to be the cornerstone investor and gave us the first initial investment in cash,” she says.

“It’s a proposition that everyone understands and that investors have faced. The market is pretty incredible. There are 20,000 companies registered per month in Australia and 60,000 ABNs.”

Mellon admits Veromo has a number of competitors, including the likes of Honcho, but that her company is offering a different, fuller package.

“We’ve got a different lens in terms of how we approach the product,” she says.

“It’s not only about making it easy to set up but helping people keep going, keep the momentum and keep the faith in themselves.”

She says that the ultimate aim is to make it as easy as possible for anyone to pursue their dreams and turn an idea into a functioning business.

“The world’s a better place if more people are doing what they love,” Mellon says.

“If we can make it easier for people to start businesses then more people would.

“My utopia is that as a business we help invert the failure rate of 80%. If we can invert that then I’d be immensely proud.”

For potential entrepreneurs considering jumping into the startup world, Mellon says she hopes her new company can help them make the leap.

“I’ve done it three times before and you get better every time,” she says.

“I could never imagine going back to my corporate life ever again.

“It’s one of the most enriching experiences you can ever undertake in your life. It challenges you in more ways than you can imagine but it’s only for the best.”