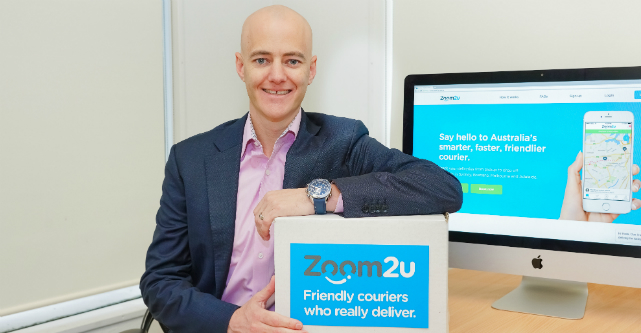 A Sydney on-demand courier startup has secured $1.85 million in funding as it looks to accelerate expansion plans across Australia and brace for Uber’s entrance into the market.

Zoom2u launched in 2014 offering an app allowing customers to book same day or overnight couriers and track them in real-time.

The startup closed a $850,000 funding round in 2015 and now delivers thousands of packages each months.

The latest funding round comes from a range of existing and new investors, including Deals Direct co-founder Mike Rosenbaum and experienced tech investors Anthony Klok and Tony Gandel.

Zoom2u founder and CEO Steve Orenstein says that he let the “numbers do the talking” when pitching to the potential investors.

“Our numbers really showed what we were doing, and investors could see that customers were benefitting from what we offered,” Orenstein tells StartupSmart.

“We had a number of high net worth individuals, but we chose not to talk to VCs.”

With the company’s new round of funding, Orenstein says he’s looking to continue to grow the business, focusing on the operational side.

Currently, Zoom2u is based within Australia, and Orenstein says the company has “no plans” to expand internationally.

Billion-dollar startup giant Uber is looking at launching a service similar to what Zoom2u offers, and is currently trialing UberRUSH in a few states in the US.

The service allows Uber drivers to courier packages, and is likely to expand in the near future.

But Orenstein says he isn’t worried about Uber’s potential competiton, and that the process is “a lot different to delivering people”.

“They’ve been trialling it at a basic level, but very few companies have been successful at doing multiple things exceptionally well,” Orenstein says.

Advice for other founders

Having seeked investment before, Orenstein has experience in the process, and says it’s important to “talk to lots of different people”.

“It’s all about finding individuals and having a conversation with these individuals,” he says.

“We had to identify and display what the problem in the industry is today.”

Orenstein’s advice for companies ready to seek investment is to show people are willing to pay for your product.

“You need to show to an investor that you have good traction and that there’s a need for your product,” he says.

The changing landscape in Australia has also made it easy for young startups to find funding, he says.

“When I started my first company, looking back, it was substantially harder to get investments then,” Orenstein says.

“There’s more opportunities today, a lot more funds out there.”