Taryn Williams raises $750,000 in seed funding for TheRight.Fit: Three tips to make investment rounds as fast and painless as possible 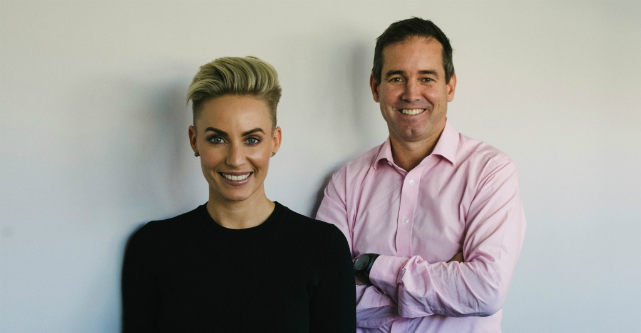 Award-winning entrepreneur Taryn Williams has raised $750,000 in seed funding from Airtree Ventures to accelerate the growth of her creative marketplace TheRight.Fit.

“In the next two months, we’ll be fleshing out the team and executing some of the strategic plans,” Williams tells StartupSmart.

“The overarching goals haven’t changed, we still want to be the best marketplace for creative talent.

“The strategic support that Airtree offer and their wealth of contacts means we’ll be able to get there much quicker.”

TheRight.Fit platform gives brands and agencies one place to find and book anyone from social media influencers, models and actors through to stylists, photographers and videographers.

In little over six months, it has attracted a talent pool of over 3000 people.

Among the 1000 plus brands that have signed on to the platform are tycoon groups like Channel Ten, Boost Juice and Crown.

Williams will be investing the seed funding into marketing and new hires as she works to rapidly grow its reach across Australia and overseas.

“From day one, we knew it needed to be high growth,” says Williams.

After funding the startup for 12 months with revenue generated from her first business WINK Models which turns over $3 million, Williams decided to bring in investors for TheRight.Fit, instead of sticking to bootstrapping and the organic growth route.

“Marketplaces are a bit of a winner-takes-most approach,” she says.

“It wasn’t about capital, it was about getting the right strategic partners,” she says.

1. Have a pitch deck on hand, even if you’re not raising capital

Having materials like a functioning budget, modelling and pitch deck are important to have on hand even if a company’s not looking to raise, says Williams.

“You should know those things,” she says.

“We had a first draft done last year when we launched.”

As a regular on the public speaking circuit, Williams also had a lot of collateral ready to go so when it came time to approaching investors, they just needed to fill in a few blanks.

This helped them save a lot of time and they managed to close the round successfully within three months.

“I had been warned [raising capital] is incredibly time consuming and incredibly scary,” she says.

“It was surprisingly quicker than I thought.”

But she encourages other founders embarking on the process to carve out sufficient time and resources for it.

Fundraising is a full-time job, she says, and one she had to manage on top of her CEO role.

“The joyful task of spending hours and hours slaving over Excel spreadsheets is really important to making sure your model looks and feels great, so you feel comfortable with it, and it’s an accurate portrayal of where the business is going,” she says.

“Do your research [and] understand who the players are in the market.

“Don’t go in there blind and just looking for money.”

2. Find investors that can fill in internal gaps

Before knocking on investor doors, Williams sat down with her executive team to figure out their internal knowledge and skills gaps.

The exercise is helping Williams bring TheRight.Fit’s “dream team” to life and has led them to Airtree Ventures.

“We made a big hit list of who would be on the dream team if we could pick the absolute best, what do we need to fill in the gaps in our team?” she says.

The list includes people who can be strategic partners, investors, advisors or provide ad hoc support.

“Having grown one business before and knowing how important it is to have the right people around you, I really wanted to have the best in breed from day one,” she says.

“Airtree Ventures are experts in marketplaces, they bring a wealth of wisdom, experience and contacts to the table.”

“They’re a fantastic sounding board.”

Before signing the deal with Airtree Ventures, Williams examined every last detail of the deal, spending time with her CFO and lawyers to make sure she felt comfortable with the agreement.

“I wanted to get it right and be across every element of it,” she says.

When bringing onboard members and strategic investors, Williams says founders should find out whether they share the startup’s vision, align well with its core values and goals, and can provide the resources, guidance and knowledge to help it on its trajectory.

“It’s really important when you’ve put so much time, life, energy, blood, sweat and tears into it, to think about what these people can offer outside just cash injections,” she says.

“You need to agree on what [the startup’s] success looks like and how they can support it in this.”