TechSydney to launch $500,000 crowdfunding campaign: How the tech supergroup has been evolving since day one 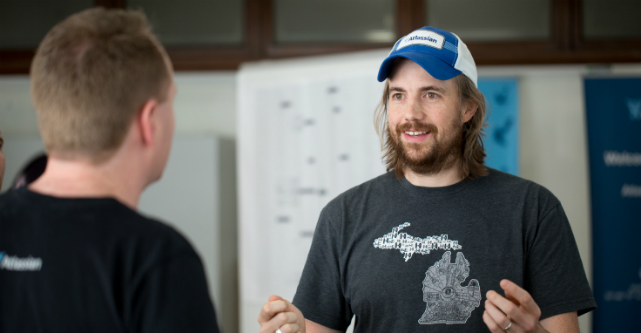 Sydney startup supergroup TechSydney is set to launch a $500,000 crowdfunding campaign as it aims to make the city one of the best 10 tech ecosystems in the world.

After initially announcing plans to raise $2 million, TechSydney co-founder Dean McEvoy says the revised goal will help the independent industry group demonstrate its value to members before embarking on a larger capital raise.

The crowdfunding campaign will be officially launched next Tuesday, but McEvoy says some money has already been raised from initial members.

“I still think $2 million is what we need but we’ve broken that down to demonstrate what we can do with $500,000,” McEvoy tells StartupSmart.

“If we can raise that and deliver in 90 days then people will see value in us and we’ll continue to fundraise throughout the year to deliver on the initiatives.”

If the funding is raised, the first 90 days of TechSydney’s operations will focus on fixing two key problems faced by startups, McEvoy says.

“Talent was the number one issue, so we’ve been building some specific initiatives around that to get more people into the industry and make those people able to be hired,” he says.

“The other one was peer learning. As a founder of a high-growth tech company, how do you get better?

“Those will be the two areas of focus in the first 90 days and they seem to resonate pretty well with people.”

TechSydney was launched in May this year, bringing together some of the biggest names in the Australian tech community, including Atlassian, Airtree Ventures and Canva.

Aiming to bring together the fragmented Sydney startup ecosystem, the not-for-profit is aiming to act as a link between the community, government and tech companies.

The organisation was heavily criticised for an initial lack of gender diversity, with only seven of its first 100 members being female.

McEvoy says TechSydney itself is a startup, and has been constantly evolving and learning from mistakes since its launch.

“This is really a startup, and we’ve been working out how to be a startup for other startups,” he says.

“You have to let your customers lead you. The whole process we’ve had from day one is really about putting it out there and refining it, throwing away what’s bad and doing what’s good.

“That’s the process I’ve done in all my startups. The thing about technology and the internet is you have to put stuff out there and see what people say, then make it better. That’s ingrained in my DNA.”

While originally planning to launch the crowdfunding campaign soon after the extravagant launch party in May, McEvoy says plans have been delayed in order to adapt to feedback and due to delays in setting up the not-for-profit company.

“The extra time has been good to refine the offering and get the actual corporate-y structure of it right,” he says.

He says the group decided to undertake a crowdfunding campaign rather than seek private funding because of its do-or-die nature of it and the community that can be built around it.

“If the ecosystem here thinks this is important then they have to get behind it. We can’t have apathy in this environment.

“This will force all of us to say ‘this is important and I care about this enough to pull out my credit card’. You can’t be a bystander, you have to get up, make a difference and be involved.”

“The consequence of us not doing it, if people don’t get behind it, is that we won’t do it. I like that about things – you get a result quickly and you get feedback from the market.

“All of those things are what drives me as an entrepreneur.”