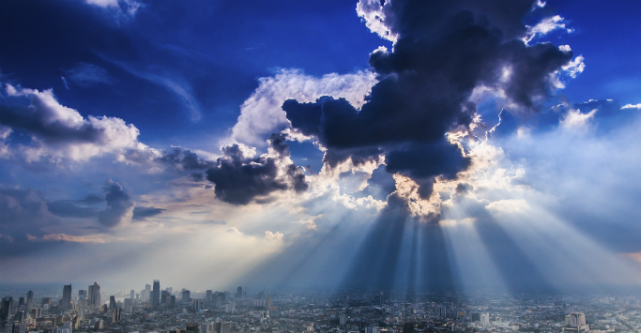 We are faced with a once-in-a-century opportunity to launch the Australian startup ecosystem to a whole new level from Victoria.

A century ago, Henry Ford commercialised the introduction of the motor car, by mechanising the automotive production line, spawning an entire industrial ecosystem, not only cars but in also in downstream and upstream providers, from parts and petroleum, to road networks and services

In the same way, when the value was unlocked from the success of Apple, Facebook, Google and Amazon, they spawned thousands of millionaires and new founders, kick-starting an entire industry

We plan to do the same in startups, and we hope other will also. Massive volume, massive successes, major investment, which will spawn large numbers of successful founders, advisors, early-hires and investors, who them re-contribute to the ecosystem with money, expertise, networks and knowledge.

So our Victorian state government has set aside an as yet unknown portion of $60 million to fund ecosystem-building projects through it’s independent body LaunchVic. Last Friday, its grant application process closed and it was  well over-subscribed.

From what I’ve read, there are some 400 applications submitted to LaunchVic.

It’s likely than more than a third of the 400 are actually applications from individual startups that have nothing to do building the ecosystem, and are just “fund my idea” applications.

And I’ll bet that another third are applications that won’t really result in real growth, but are opportunist ambit applications, such as university applications, research grants, clones of ideas that haven’t worked or other ‘more of the same ideas’ that probably will have little to do with actually building our ecosystem.

Which means there’s still going to be a lot of ‘pent-up demand’ for the real 100 plus applications that have been submitted. Any subsequent round is likely to have significantly less quality applications, though the good ideas might spawn more other good ones. So the likelihood of getting maximum bang for their buck will come in the form of front-loading the fund at the first round.

This leaves our state government with a choice, and an opportunity.

I’m glad they cleverly decided not to release how much money they have allocated in this funding round.

If the 100 plus ideas that are left are brilliant, they give themselves the opportunity to fund all of the best of them now from this round in one fell swoop (say $30 million), and then double-down on the fund over the next two or three years, with an extra $30–60 million, depending on future demand. And if subsequent rounds don’t require it, there’s little need to allocate it.

And having spent some time in the political process, and knowing that the next election is still two and a half years away, spending the bulk of the money now gives the current government the opportunity to see the returns from their spend maximised in that time, certainly early enough to be used as a success metric for the election that comes at a fixed point in time for us in Victoria.

The other opportunity is that the bar for building the startup ecosystem will also be set higher in Australia. This creates difficulties for other states that choose to not follow suit.

Obviously other states will get flow-on effects from the result of a growing & burgeoning ecosystem, but unless they want to come to the table with a begging plate – “please sir, can I have some more startups” – they’ll also have to raise the bar, not on funding startups but on funding ecosystem activities. Which is not a bad thing- compared to the usual process of trying to ‘pick winners’.

Overlay this with the opportunities created from federal legislation (whilst not perfect) for the injection of new early (and potentially later) stage funding as a result of changes to the rules around angel investing.

Whether the winning side of politics will honour their commitments after the federal election will be interesting. For those of us old enough to remember, there are always “core promises” and “non-core promises”; weasel words to justify not spending the money after an election, that you promised to spend before it.

But this is about Victoria, not Australia. But should it be? Isn’t this debate, and its outcome, so important that we shouldn’t be leave it to politicians to fund, or not fund?

Shouldn’t this be the very reason that we have a future fund — to invest in future ideas?

But why don’t we have a future fund that is truly focused on opportunities of the future? The country, and by virtue our government and its people, made hundreds of billions of dollars in windfall profits for the better part of a decade, and we didn’t put that money aside for a rainy day. I’d certainly like to know why not? And I want some-one to be held accountable for that (and yes, I am prone to ‘pie-in-the-sky’ thinking).

Because despite what we read in the paper, at some point, the good times will end, whether by a share market, or property price crash, a GFC Mark II, or some other as-yet un-imagined billowing hidden bubble.

And it’s at that point that we are all going to have to do what some many generations have experienced before us. We’ll have to pull up our britches, tighten our belts and start not only living within our means, but also relying on our own ingenuity and wits. And it’s at that point that we are going to thanks our foresight – or rue the day- when we look back at how much our governments did — or didn’t do — in investing in building our startup ecosystem.

I for one am not waiting. Like every great entrepreneur, we will each seek to find our way, with or without the support of our government.

The real risk is that the projects that we actually succeed with may not be to the same level of benefit to our ecosystem. After all, as is said in the airline safety demonstration on every plan flight “please put your own mask on first before helping the person next to you”.

And when the entrepreneurs that have put forward their bold applications are starving for oxygen, that is exactly what they will have to do — put their own mask on first. And go back to projects that build themselves and their own wealth first.

So our Victorian government has one good opportunity to signal to the startup ecosystem that they are serious about bold initiatives, rather than playing it safe with more of the same.

In short, are we “slicing up the pie”, or planning and preparing to “make the pie bigger”, and “bake more pies”?

It will be interesting to see the outcome.