The Funding Round: Startup founders Down Under share in $53.3 million 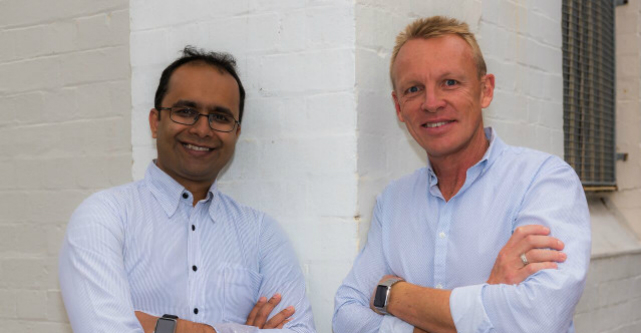 This year is shaping up to be big year for local startups, if the investment deals secured so far are anything to go by.

After Atlassian’s $577.8 million acquisition of Trello, Australian startup founders and one expat have celebrated securing more than $50 million in investment deals to go bigger and higher this year.

Here’s a round-up of some of the biggest deals.

The elevator pitch: “Software for easy employee scheduling, time and attendance and communication.”

Why? To speed up expansion across the United States, United Kingdom and Philippines.

Shelley told StartupSmart Deputy, which turns over north of $10 million and serves over 28,000 clients, has outgrown its bootstrapping days.

“I decided that for us to allow the business to grow and meet the global demands, [we] really needed to invest a lot more into our marketing, sales and talent,” Shelley said.

The elevator pitch: “A technology company that is part of a new generation of energy innovators using smart software control to optimise the use of energy resources in electricity grids.”

From who: The round was led by Clean Energy Finance Corporation (part of the Australian government’s Clean Energy Innovation Fund) and Southern Cross Venture Partners’ renewable energy fund.

Why? To develop the company’s suite of energy-tech products and expand overseas.

“The decision to raise a serious amount of capital is about how we build the technology that allows us to scale globally and move globally,” Blythe tells StartupSmart.

From who: Mix of private investors, funds and private equity firms from the Asia Pacific region.

Why? Local Measure is opening a sales and account management office in Dubai this month and will be setting up a new office in Los Angeles.

It already has offices in Sydney, Singapore, London and Miami.

“Our technology leverages the growth of social media to provide a new and powerful tool for hoteliers and tourism asset managers,” Barouch said in a statement.

Elevator pitch: “Postr puts brands on their audience’s lock screen and pays people to use their phone.”

From who: The round was led by private investors from Singapore and supported by existing backers.

Why? To go global.

“New Zealand is a fantastic testing ground, but from a commercial perspective just too small a market to stay put. Our intention has always been to eventually grow globally,” said Reinartz in a statement.

From who: Round led by Blackbird Ventures and AirTree Ventures.

Why? To further product development and invest in sales and marketing.

“We create a collaborative checklist and workflow app used by over 49,000 businesses to help teams manage their processes and automate workflows,” Patankar said in a statement.