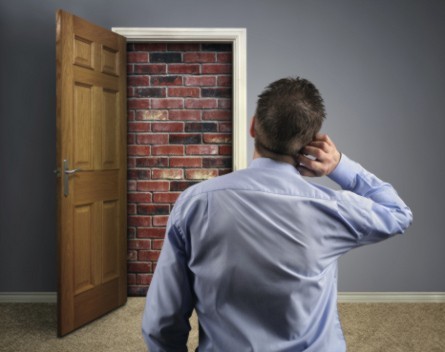 The federal government’s Innovation Investment Fund (IIF), set up to provide capital to foster Australian innovation, has failed and we need to move on and find better models, says The Australian Institute for Innovation chief executive Paul Cheever.

Speaking to StartupSmart in response to the Innovation Australia Board’s (IAB) submission to the Financial Systems Inquiry, Cheever says the market failure to provide capital for new ventures has had adverse consequences for Australia’s economic future.

Cheever says the IAB was right to point out in its submission that “past government response has been directed towards the VC fund mechanism with limited success”, but that we need to go further and recognise the IIF has not achieved what it set out to do.

“The intention of the IIF program was to “seed” venture capital firms, which were then expected to prosper and expand to meet the early stage capital and capability needs of the economy,” Cheever says.

“It is time after 16 years to recognise the IIF program has failed.”

Cheever says this was reflected in a few simple metrics, with the IAB noting that over its 16-year existence the program has funded 135 companies.

“This is an average 8.4 investments per year, and given that the manager appointments and investment activities were concentrated in the early years, the activity level since 2007 has had a limited impact,” he says.

“What is more concerning is that the number of personnel mobilised by this program to service the nation’s start-ups is probably less than 85 in total, and less than 15 mobilised at any point in time.”

According to Cheever, in total the IIF regime has placed $600 million into the market, and expended $130 million on fees and costs.

Cheever believes the failure is in part due to bureaucratic shackles that restrict its own ability to take initiative in the market.

“Innovation Programs themselves need the ability to pivot,” he notes.

But while he believes the success of IIF is dubious, Cheever still says there is an important role for government to play through funding that enables collaborative bridge-building to improve entrepreneurial capability.

He suggests that the model for the Medical Research Commercialisation Fund (MRCF) could be replicated as a successful model for tech innovation.

He says ideally he would like to see three hubs emerge for Australian innovation, each with their own independent managers, namely the MRCF as it exists, a university fund and one for incubators and accelerators.

“The Australian Institute for Innovation is confident that a combined Commonwealth and State expenditure of $15 million a year, committed for 10 years, would provide the inflection mechanism to unlock more than $1 billion of private investment capital and to connect through collaborative structures some 350-500 commercialisation experienced personnel to support our innovative new high growth enterprises, “ he says.

“In contrast to the IIF experience, we believe these collaborative structures would support 35-60 direct new investments annually, and facilitate many more. And this program would reach beyond the lean start-up channel.”