The SAFE way: Sydney startup Uprise raises $200,000 through the “future of early capital in Australia” 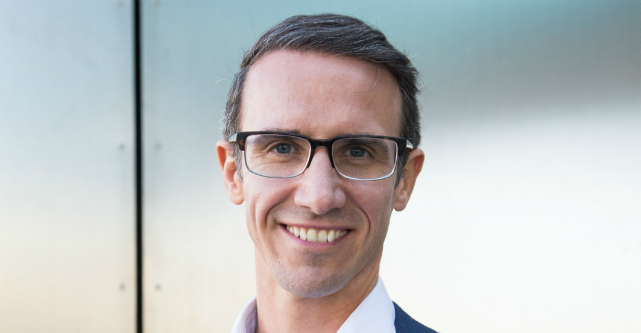 When Jay Spence was talking to investors to secure seed funding, the valuation placed on his early-stage startup varied by up to $2.5 million.

The founder of Uprise, an online mental health support platform for businesses, says most of this process of valuing a young tech company comes down to guesswork and confidence.

“The experts who were offering valuations on the company had a really wide range of estimates – nobody knew and it would just come down to me selling the team and vision rather than any metrics,” Spence tells StartupSmart.

“Often it comes down to the charisma of the CEO to sell the vision that can add an extra set of zeroes to the price tag.”

Uprise has been through the Incubate and muru-D accelerator programs, and Spence approached an entrepreneur-in-residence to find a way to avoid this guesswork.

“There was no method for early priced rounds that would be fair to Uprise and the investors, and we started looking at other options,” Spence says.

“That’s when Ben Sand came along and said that this is exactly what the SAFE notes are for.”

Just two weeks after choosing to adopt this method, Spence had secured a $200,000 seed investment in Uprise from a prominent investor.

The SAFE note works in the same vein as a convertible note with an aim to provide a simpler solution for both founders and investors.

Renowned US startup accelerator and fund Y Combinator, which now advises all of its startups to use the SAFE note, says it is a “positive evolution” of the convertible note.

In contrast to a convertible note, the SAFE note is not a loan and doesn’t add any interest. Instead, it’s a simple document leading to money being invested that will convert to stock at a future date when a more solid valuation is placed on the company.

Instead of gaining interest, the investor is incentivised through a pre-agreed discount on the stock when it is converted at the set date.

According to Spence, the SAFE note could well be the “future of early capital in Australia”.

“The SAFE note is basically saying that you will have a valuation that’s far more accurate in 9-12 months and this is a foot in the door for an investor who may not get another opportunity,” he says.

“It’s for the early-stage person that believes in the startup when there isn’t much to show yet, and it’s time-saving for the business.”

Not placing a valuation on a very young company can mean avoiding big problems later down the track, he says.

“If I didn’t have that it would have been 10 times more stressful,” Spence says.

“Making a decision within a company feels like there’s so much risk involved, it could wipe you out if you over or under-value your company.

“I’ve never done it before and if there wasn’t anyone there to give me guidance it would’ve been too great for me to do it on my own.”

For Sand, who founded $500 million startup Meta before joining muru-D, it’s time for local startups to adopt the method that’s already popular in Silicon Valley and around the world.

“My goal is to bring the best tools I’ve learned in Silicon Valley to help startups in Australia achieve a strong impact for the world,” Sand says.

“I’ve very happy to see the SAFE becoming more widely used in Australia and as it becomes the standard local companies will be more competitive in the global market and have greater impact.”

“The problem we’re solving is that in companies counselling is traditionally used by only around 2-4% of employees, but in the average workplace 20% of people are losing really significant amounts of productivity and wellness because of stress and bad mental health,” Spence says.

“It’s a hugely under-served group. The mental healthcare system is generally passive and waits for people to come to it. But it should be active and seek people out.

“This is the preventative component of mental health in the workplace that has been missing from the equation.”

The $200,000 cash injection will be used to expand Uprise’s sales team in Australia along with hiring new developers, Spence says.

Sand says that what the startup is working towards is “fantastic”.

“Mental health is an issue that’s critical to many people,” Sand says.

“We have a real opportunity now in Australia to take advantage of global best practice and set up companies like Uprise for success.”