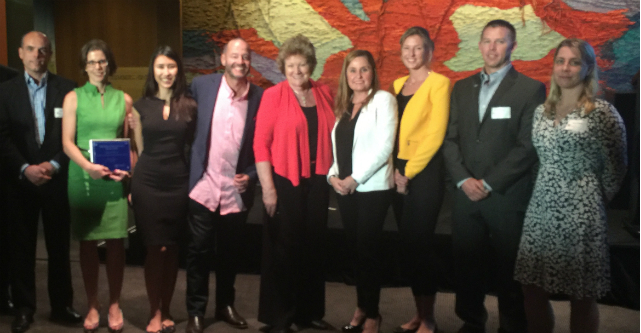 The funding comes from the NSW Department of Health’s Medical Devices Fund and all three startups are currently housed in Sydney incubator ATP Innovations.

“They’re all solving real world problems that are going to change your children’s or my children’s lives, not change your afternoon,” Wright tells StartupSmart.

ATP Innovations has a current portfolio of more than 70 companies across life sciences and other sectors and, according to the group, has helped them raise $79 million in public and private funding.

“We have a great relationship with the state health department but we also have a lot influence over the companies that we work with, we help grow those companies, make sure they satisfy a customer need or in this case, a clinical need,” Wright says.

A protein to heal severe scarring

Elastegen, founded by professor Tony Weiss, has been awarded $4 million for the development of products that treat atrophic scars like stretch marks and acne scars.

“Which will be revolutionary for people with bad scarring, particularly, for burns,” Wright says.

It’s able to do this by inventing a way to apply trapoelastin, “the building block of elastin”, in these products to boost cell growth and tissue repair.

The funding will be used to commercialise the proprietary trapoelastin protein, expand the team and grow the company.

Nano-X, founded by Dr Ilana Feain, has received $2.58 million to develop a cancer radiotherapy system that takes real-time 3D images of the body to control the radiation beam and direct the “right amount of energy to the right tissue”.

“Nano-X is a technology that is able to deliver radiotherapy for cancer patients in regional areas in a way that has not been possible in the past,” Wright says.

“If you live in regional Australia today your chance of dying of cancer is 30% higher than if you live in metropolitan Sydney and the reason for that is access to cancer care.

“Cancer doesn’t discriminate on postcode and your cancer care should not either.”

Nano-X will use its funding to run animal tests with a prototype machine to finalise the design, expand its team and get an International Organisation for Standardisation (ISO) certification.

Respiratory Innovations, chaired by Wright, has received $1.3 million for the development of Breathe Well, a device that will help patients undergoing breast cancer radiation therapy to breathe in a way that reduces the impact of potentially fatal radiation damage.

“It provides breathing guidance to make sure that the tumour is in the same place every time when the treatment is delivered.

“If you can guide [patients] on how to breathe so you create the greatest distance between the heart and tumour at time of radiation you can actually spare damage of the heart.”

The funding will be used to complete manufacturing for Australian Therapeutic Goods Administration certification and to drive national sales.