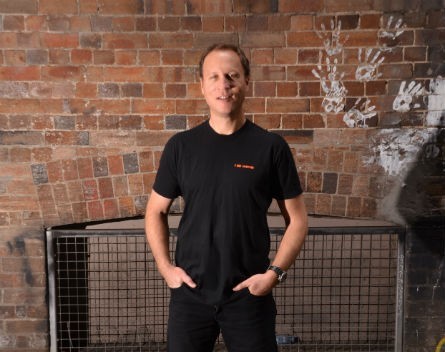 Getting a critical seed-round investment all comes down to proper preparation, according to BlueChilli’s chief growth hacker.

Speaking at the SouthStart conference in Adelaide this morning, Alan Jones emphasised the importance of not using a traditional pitch deck template when approaching investors for seed funding.

“Save that structure for that really high investment or Series A,” he says.

“In the seed round you really want to tell a passionate story. If we were rational investors we would be buying property – we’d have a balanced portfolio. We are very, very passionate about what we do.”

Jones says it is also important to establish a brand and find a co-founder because VCs like to invest in startups that have a lot of initiative and aren’t just waiting around for funding to fall into their lap.

“Just choose a brand name, something which isn’t taken, something you can get a domain name for and social media and get a logo from 99designs,” he says.

“Go out and see if you can get co-founders – take a long, hard look at yourself. Most investors won’t invest unless you have at least one co-founder.”

Keeping a spreadsheet of which investors you’ve contacted, what they’ve previously invested in, and when you need to get back to them is also good practice, says Jones.

“You want to keep track of who you’ve approached and when you approached them,” he says.

“If you get a sign of interest you want to track those sorts of things and take note of what things you said to them and what worked.”

Investors also want to know that you have relevant industry experience, according to Jones, so it is important to show them that you are not trying to reinvent the wheel but rather solve a problem you know all to well about.

“So if they [founders] have been through that process before in a previous venture – whether they’ve been an investor or founder before – that really helps,” he says.

Jones says one of his pet hates as an investor is when a founder emails him with too much information and doesn’t get to the point.

“We’re time poor and secretly like to be,” he says.

While getting to a seed round is hard work, Jones says seed funding is just the beginning.

“The clock starts ticking from the day the cheque hits the bank. You have to invest in the marketing you’ve proved is going to work and most critically start working to that next round of investment.”

1. They aren’t investing for rational reasons

2. Show them how they can help and they often will