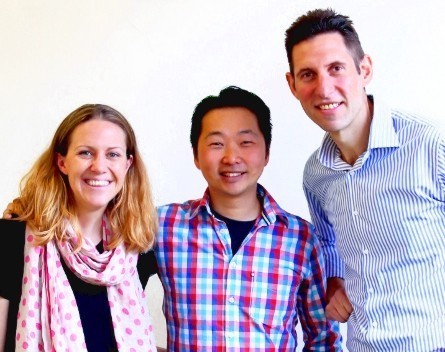 Tinybeans, a social network that has amassed 500,000 users in its two years since launch, has raised $2 million.

Tinybean users sign up to the platform and can upload pictures via a web or smartphone app, and share those pictures privately with friends and family. Followers can access a user’s Tinybeans Journal, where all those moments are collated, via email, website, or the app.

The $2 million investment comes from “a consortium of high network private investors” mostly based in Sydney but also London and Hong Kong.

Eddie Geller, who co-founded the startup in 2012 along with Stephen O’Young and Sarah Jane Kurtini, was unable to elaborate on exactly who the investors were.

Prior to this raise, its first round of institutional investment, Tinybeans had bootstrapped its way to over 500,000 users.

More than 50% of those users are based in the US and the startup plans to set up operations there next year to help support its biggest market. Its project is to double its user base in the next three months, and reach a million users by the end of the year.

To achieve that target, Tinybeans is relying on its users sharing the platform with friends and family, growing via mutually beneficial partnerships with other companies, and by ramping up a public relations and marketing campaign, an effort made possible by the funding round.

That funding will also be used to build out the Tinybeans team and develop new and existing features that help families raise their children.

“Unlike other social networks we are so much more than just sharing pictures and updates – we’re a private social network focused around the well-being of a child,” Geller says.

“Parents are creating a keepsake/journal rather than a timeline. Our users own their content and we provide value beyond printing services and sharing photos through our focus on helping families raise their children and support their child’s development.”

Tinybeans does that by helping parents track not only their children’s general milestones, like their first Christmas, or first tantrum, but also developmental milestones based around things like gross motor skills and fine motor skills. It offers advice to parents by suggesting activities that will help their children develop those skills.

“It becomes a tool for parents to help them understand the developmental stages of a child’s life and how they can help them,” Geller says.

The idea for that feature came from co-founder O’Young’s own experience parenting. He couldn’t find a solution to help his eldest child overcome speech delays. In addition he was reluctant to share photos of his children on Facebook.

“As Tinybeans is a private social network you can confidently share your precious moments without risking alienating friends who may not like having their feeds clogged with your baby picture,” Geller says.

Geller says the startup had no trouble securing investors and has several revenue models based primarily around brand partnerships.