After two failed startups, ex-Google employee secures $1.45 million in funding and the backing of the co-founder of Atlassian 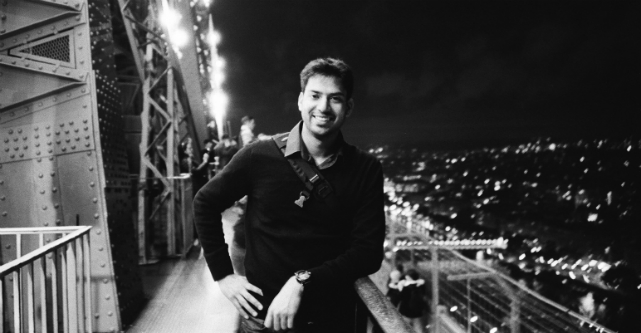 When former Google employee Manish Jain arrived in Australia in 2013, he only knew two people.

One of those was Canva co-founder Cliff Obrecht, who quickly offered Jain a job at the burgeoning design startup.

But the entrepreneur had a different idea, and set out on his own startup journey.

And the Sydney-based founder has now secured the backing of one of Australia’s most successful entrepreneurs – Atlassian co-founder Mike Cannon-Brookes – for his latest venture.

The recent success comes after two failed startup attempts, and Jain says these were pivotal in his development as an entrepreneur.

His first startup was based in Canberra, and he says it managed to reach a significant number of users but didn’t attract investor interest.

“When I did the first company I was trying to perfect the pitch and give it to as many people as possible,” Jain tells StartupSmart.

“But I realised I wasn’t playing to my strengths and there was something else I could do.”

The entrepreneur’s second venture went through the Griffin accelerator program and taught Jain another important lesson.

“I realised that it’s particularly important in Australia to look outwards and to international markets instead of focusing on the local market where there are less people and funding.

“You need to build something global from day one. That’s what we’re all about and I’m glad we’ve got the investors backing us.”

After combining these two important lessons, Jain decided to tackle a problem he faced while working for Google in California.

“I wanted to build systems to serve the knowledge graphs,” Jain says.

“They’re all fragmented systems so I started a project to unite them in one unified system.”

Developing the idea and dealing with the failures along the way has been “very tough”, he says, but ultimately rewarding.

“It was a really hard decision to not join Canva, but I’m very happy I decided to continue down this path,” Jain says.

After developing the idea, he mentioned to Obrecht that he was looking for contacts and was put on to leading Australian tech VC firm Blackbird Ventures.

Blackbird Ventures, along with early LinkedIn investor Bain Capital Ventures, has now led a $1.45 million funding round in DGraph.

“One thing led to another and now we’ve got a good funding round,” Jain says.

The round also saw Atlassian co-founder Mike Cannon-Brookes make his first personal investment for over a year, backing the early-stage tech company.

Jain says it’s “humbling” to have such big names give him their backing.

“When I came to Australia I was thinking of working for Atlassian,” he says.

“When I actually met Mike Cannon-Brookes it was pretty surreal. It’s amazing.”

Instead of meeting with a bunch of various VCs, Jain pinpointed a small group of targeted investors already operating in the same space as his company.

“Before I was trying to get a good pitch down and do it to as many people as possible,” he says.

“But this time I did it differently and reached out to people who had experience in the field and were already doing big data. I reached out to the ones I felt could understand the tech better, I didn’t try to go all over the place.

“I emailed them and had one-on-one chats.”

The funding round will be used to hire four “really smart” new developers. DGraph is currently open-source, so there’s no need for a marketing team, although Jain says he plans to launch a SaaS subscription model by next year.

He says DGraph can “dramatically” improve the performance, scalability and efficiency of cloud and big data applications in businesses, and is offering an “industry first” product.

“DGraph is an excellent example of the high-quality founders and startups that are emerging from the Australian ecosystem and the strong funding syndicates that form around them,” Baker says.

“DGraph is attacking a large global problem and their technology will create the foundation for many big data applications of the future.”

These graph databases are used by some of the biggest tech companies in the world including Google, Facebook and Twitter to power their smart search engines and newsfeeds.

But Jain says the company’s software has applications in many other fields, including behaviour analytics, ecommerce recommendations and medical and DNA research.

You have to be passionate

In order to deal with the inevitable setbacks in the entrepreneurial journey, Jain says its crucial that founders focus on something they love.

“Do something that you are deeply passionate about without any monetary incentive,” he says.

“Do something that you can continue with even when everything is stacked against you.”

When looking for capital, founders should do their research on the most useful investors, he says.

“Instead of perfecting your pitch, find the right people to pitch to,” Jain says.

“Typically I’m not a very convincing guy and my pitches aren’t great, but I pitched to the right people and they saw the potential.

“Instead of perfecting your pitch, find the right people to pitch to. The audience is a lot more important than the pitch itself.”