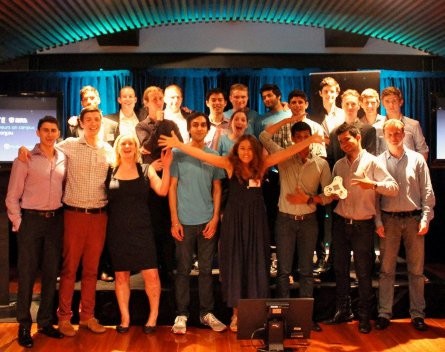 Student start-ups accepted into the University of Sydney’s Incubate program have raised more than $1 million in funding, as well as struck up a partnership with BlackBerry.

Incubate, which launched in September last year, is the first student union-backed start-up incubation program in the Asia Pacific.

An initiative of the University of Sydney Union, it provides young entrepreneurs on campus with funding, workshops and mentoring to develop their start-up ideas into viable businesses.

Over the summer, the teams spent 11 weeks preparing for a demo day, which was held last month. Every team pitched to an audience of investors and industry leaders, including Freelancer.com founder Matt Barrie, who said the presentations “blew the roof off”.

“The quality of the start-ups was superior, in my opinion, to the very best coming out of an incubator like Y Combinator,” Barrie said in a statement.

Among the success stories is Whitney Komor, whose start-up TheBestDay raised $1.1 million in a Series A funding round at the end of 2012.

Komor plans to release her new online social planning tool next month, with several major business partners already on board.

“We pitched the idea to BlackBerry and they were so impressed they wanted to fund the development of our app for [BlackBerry app store] BlackBerry World,” Kit says.

In addition to being a featured app in BlackBerry World, WeSit will be part of the official BlackBerry Z10 launch.

Muro, meanwhile, was recently used during a talk with 500 Startups founder Dave McClure, and is forming partnerships with nightclubs and event organisers in Sydney. Muro is an event photography sharing platform.

Randal Leeb-Du Toit, Incubate mentor and head of commercialisation at the University of Sydney, says the Incubate pilot exceeded his expectations.

“There’s no need to go to Silicon Valley to find world-class technologists and aspiring entrepreneurs – they’re right here in Sydney and on campus,” he says.