Up to the task: Enterprise resourcing platform etaskr closes $1.3 million seed round from Oxygen Ventures 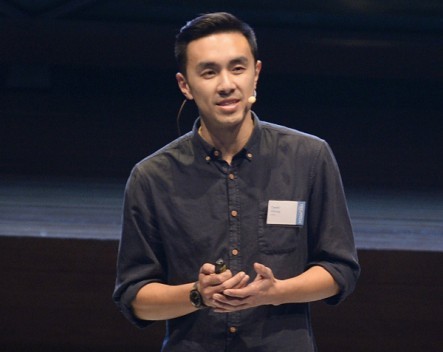 Enterprise resourcing platform etaskr has announced it has closed a $1.3 million seed round from Oxygen Ventures. The funding will be used to make strategic hires, scale the platform and develop the product.

Etaskr’s platform allows businesses to track what they’re employees are working on. Every staff member has a profile which contains a description of their skills. Employees within that organisation who need help can post tasks and staff with the skills to complete those tasks are notified. The platform enables managers to find workers within the organisation with the time and skills to complete the tasks.

The startup, a graduate of the AngelCube program, was a finalist in last year’s Big Pitch competition, held by Oxygen Ventures. At the time, Oxygen Ventures founder Larry Kestelman didn’t rule out investing in all five finalists. Etaskr is the second startup from the Big Pitch to secure investment, after joint-winner eCal closed a $2 million deal with Oxygen Ventures last year. Oxygen Ventures was unable to come to terms with the other winner, WeTeachMe.

Founded by Patrick Owens and David Chung in 2013, etasker is their attempt to tackle unrealised productivity, which they say costs Australian organisations $305 billion a year. Chung admits there’s no shortage of tools available that help facilitate collaboration but says there’s no like-for-like competition in the market.

“We see the marketplace fragmenting into verticals. But we’re crossing that chasm between general outsourcing marketplaces, the narrowing of those marketplaces and entering the enterprise software space,” he says.

Being a bootstrapped startup in the enterprise space presented a significant challenge for etaskr. Chung says many of the potential clients they approached were hesitant because they had no funding, while investors were reluctant to invest in a startup before it had clients.

“It was difficult in the sense that we needed a major enterprise contract, but they wanted us to be a funded company,” he says.

“But we managed to get on board a major foundational client and another 20 soft confirmations for our pilot program.”

That presented them with the validation they needed to raise a significant amount of seed funding.

“The enterprise space is a little higher barrier than the consumer space. An enterprise grade MVP is much more sophisticated than consumer-facing MVP because your users are not your customers,” he says.

With that first foundational client, which Chung won’t disclose, etaskr is launching a shopfront that will allow its employees to search for work both inside and outside the company.

“There’s a different mindset when you grab a task rather than just having it lumped on your desk,” Chung says.

“This has a major cultural impact and can transform an organisation’s approach to collaboration.”