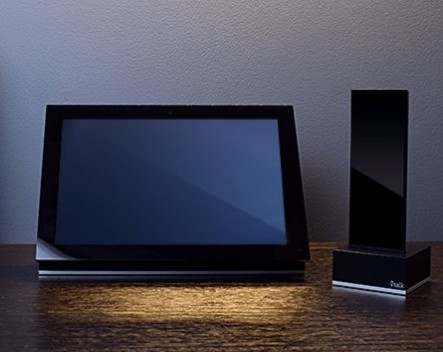 Jeremy Bogan is $20,000 into a $250,000 Kickstarter campaign to commercialise his prototype of the vtalk desk phone.

But the campaign isn’t just about the cash and developing a crowd of supporters, Bogan is using the opportunity to test which target markets are most likely to be interested in the product.

Bogan told StartupSmart it was unlikely they were going to reach their financial goal in the remaining eight days, but they were thrilled with the experience so far.

“It’s not likely without a miracle but at the end of the day the money wasn’t really the goal. It would have been nice, but we’ve received major coverage and sold over $20,000 worth of phones in a month to people who’ve never even touched one,” Bogan says. “It’s an awareness campaign rather than a financial one.”

Bogan says the goal of the campaign was to gather feedback and potential customers via the worldwide platform Kickstarter offered.

“The whole idea of what we’re trying to do with Kickstarter is to get the product out there, but also validate that what we’re doing is the right thing,” Bogan says, adding that it’s been interesting using a consumer-orientated platform for a product they’re planning to market to small businesses.

Bogan says they’ve even received a few calls from large retailers in the US interested in stocking the phone, but the vtalk team has decided to stay focused on the business-to-business opportunities.

“We’d have the potential to move over 30,000 units a month through the retail partnerships, but it would completely change the business. If we divert to consumer, we couldn’t target small businesses which is who the phone was designed for,” Bogan says.

The phone hardware would need to be changed significantly for consumer users. He adds that the cost of supporting a consumer product rather than a business model would be exorbitant for his small team.

The vtalk team are going to continue commercialising the unit, armed with the feedback they gathered through the campaign. They’re also working with some developers they connected with during the campaign to create apps for the unit.

This includes pursuing their plans to set up a factory on the central coast of New South Wales to manage the manufacturing of the phone. Bogan adds they’re hoping to encourage more hardware start-ups to stay local.

“There isn’t really much to support hardware start-ups. You’ve got to go offshore to prototype it and then you lose control. It’s not impossible to manufacture stuff cost effectively here, you just need to be smart about it,” Bogan says.