From quacks to quarks: What crowdfunding could do for duck genitalia and black holes 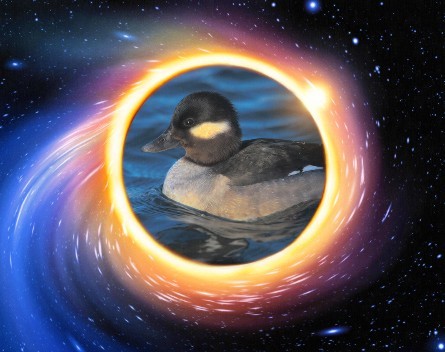 Last year US-based scientist Patricia Brennan was forced to defend the National Science Foundation’s decision to fund her study in duck genitalia, something the scientific community regarded as totally legitimate.

It’s not an uncommon problem, and one the University of New South Wales hopes to address by launching Thinkable, a crowdfunding platform that aims to make it easier for the public to understand the value of scientific research.

Thinkable founder and chief scientist Dr Ben McNeil, a researcher at the University of New South Wales, points out it’s often the most “curious” of projects that end up being most important.

Take CSIRO scientist John O’Sullivan, who was investigating black holes when he developed a key patent used in Wi-Fi.

“The importance of those crazy ideas hasn’t been well communicated. It may seem to be completely irrelevant, but the biggest discoveries often come from those areas,” McNeil says.

“These types of areas of research are getting cut and it’s because it’s hard to argue the benefits. We’re trying to give anyone access to learn and fund and track this type of research if they want to.

“In many ways specialisation creates a disconnect with more and more people.

“The ability for people to connect with your research is dampened, paradoxically.”

McNeil describes Thinkable as an open science platform where researchers at universities or research institutions will be able to display their projects, and if they want to, attempt to raise funding.

Users will be able to learn about projects via quick video snippets similar to those found on Pozible and Indiegogo, and track their progress.

“The complexity of science makes it inaccessible for a lot of people, but elevator pitches are the way to change that,” he says.

“There’s this huge broken system of how the world connects to our work, as well as how we engage with the world.

“Anyone can come onto Thinkable and learn, track researchers, see what they do and engage with them – that’s the number one priority for us.”

Five University of New South Wales researchers are the first to showcase their projects on the platform, with ideas for studying ocean acidification, blindness, heart disease, alcohol consumption and obsessive compulsive disorder.”

Thinkable is now calling on more researchers to join the platform and provide updates on their research.

“We want to build an ideas network with cutting edge ideas from people who are doing really great stuff.

“The initiative will not only accelerate discovery, it will build greater trust and communication between scientists and the public, by democratising science.”