What start-ups can expect from Abbott’s budget response 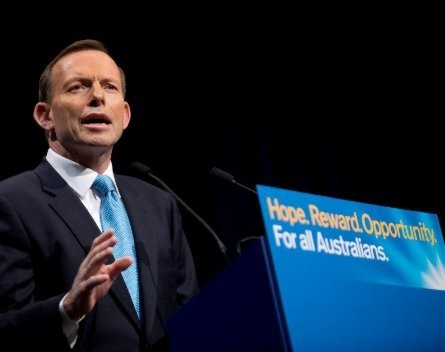 Tony Abbott will tonight deliver the Coalition’s response to the budget released earlier this week, with the Coalition leader expected to focus on the paperwork burden faced by small businesses.

In an interview with ABC Radio, Abbott said the government had only managed to further increase red tape and bureaucracy for small businesses.

“The problem with this government though is that it’s massively increasing paperwork for companies. It seems that they’re moving to a situation where more and more companies are going to have to do the paperwork, not four times a year, but every month, 12 times a year,” he said.

“This is a bad news budget for the small businesses and the businesses of Australia.”

In the same interview, Abbott also defined the financial issues facing Australia as a spending problem rather than a revenue one, despite the falling company tax receipts, lower commodity prices and ongoing murmurs about possibly raising the GST.

“Revenue [will] always be higher but this government doesn’t have a revenue problem. This government has a spending problem,” said Abbott.

The Liberal Party has released some policy intentions in their Real Solutions eBook.

The small business policies revolve around cutting the carbon tax, and minimising red tape. The details of how these commitments will be met have not been outlined yet, with most observers predicting that Abbott will not provide many policy details in his budget response.

Some of the details we do know from Real Solutions include an allocation of parliamentary time to focus on simplifying paper work for small business, with the document stating: “We will require Parliament to spend two days a year removing legislation and regulations to help ease the burden on small business.”

While the 2010 small business policy document is still listed on the Liberal Party’s website, it now seems unlikely they will continue the promised 1.5% reduction to the company tax rate promised at the 2010 election.

While small businesses escaped the budget relatively unscathed, there is some concern start-ups may lose confidence given the uncertainty of the federal election.

MYOB chief executive Tim Reed said business owners might be tempted in the wake of the budget to postpone growth plans until after the election.

“Jobs and growth are key themes in this budget, and there were some positive announcements and opportunities for SMEs,” Reed said.

Paper work and government investment in infrastructure and skills are central concerns for business owners, according to the findings of the 2013 MYOB Business Monitor.

The most popular political initiative would be policies that significantly simplify the GST/BAS reporting process, with 65% of the 1005 business owners surveyed claiming this would influence their vote.

Other popular options were abolition of the carbon tax (63%) and greater federal investment in transport infrastructure.