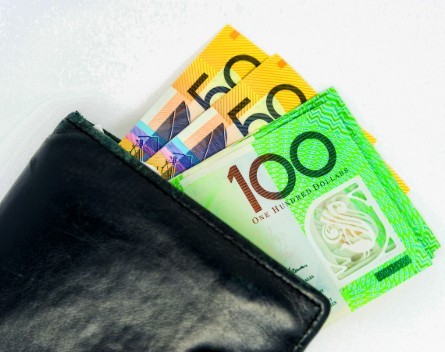 The amount of funds raised by Australian Indiegogo campaigns has increased by 40% over the past year.

It’s a sign of Australia, like the United States and the rest of the Western world, embracing crowdfunding, and the head of international for Indiegogo, Liz Wald, says that after a slow start Asia is set to follow suit.

“Like the broader e-commerce market, the US and the West were quick to adopt crowdfunding whether because of infrastructure issues such as access to the internet, limitations on social media, or the use of credit cards or for more cultural issues such as celebration of entrepreneurship or a comfort with asking others directly for support,” she says.

“While Asia may have been slower to adopt crowdfunding at the beginning, there’s little questioning in my mind that it will be a dominant region in the future. The 2013 World Bank report on crowdfunding in the developing world makes this point in spades!”

According to figures provided by Indiegogo comparing Australian cities, Perth is the most likely to contribute to entrepreneurial campaigns, Adelaide to creative campaigns and Melbourne to cause campaigns.

Wald has been involved in the startup world since 1996, when she began working as a consultant to AOL, and going on to work at Etsy and now Indiegogo.

She encourages anyone with a startup idea to give it a try.

“If you have a passion for something, pursue it,” she says.

“There’s never going to be a ”right time” or easier time or whatever. There are so many tools and people available to you today to pursue your dream. Don’t wait.”

Those tools include crowdfunding platforms like Indiegogo and Kickstarter, and Wald has some advice for entrepreneurs planning on going down that path.

“Most important to ensuring success is having a strategy for before, during and after a campaign – that’s where Indiegogo really stands apart,” she says.

“We have loads of best practices and expert tips available from the Indiegogo Playbook on the website and from our downloadable Indiegogo Field Guide,

“These resources are packed full of information and stats drawn from the more than 200,000 campaigns we’ve hosted on Indiegogo.

“For example, campaigns with a video raise an average of 114% more than campaigns without a video. Offering something to your contributors, what we call perks, can drive more than 140% more funds.

“We also know that 70% of successful campaigns have 5-8 perks and that $25 is the most popular price.”

Women are 61% more likely than men to hit their funding goals on Indigogo and Wald says crowdfunding has had a very positive affect on women in technology.

“In addition to awesome campaigns like Black Girls Code that are directly having an impact on girls (and minorities) or Muse and JIBO, both very cool tech products with women CEOs, we see that 47% of campaigns that reach their funding goals on Indiegogo are run by women – that’s nearly four times higher than the number of female-owned businesses that receive venture capital,” she says.

Last week, Indiegogo became the latest tech company to publicly release diversity figures, which showed women made up 45% of the company’s overall workforce and 33% of its tech workforce.

“I was brought up to believe that I could do anything I want to but not everyone has that same opportunity,” Wald says.

Crowdfunding entered the public consciousness this year with the success of the Potato Salad Kickstarter, which Wald says was silly, but has helped raise awareness about the opportunities crowdfunding can provide.

“The crowd will ultimately decide what is an awesome new idea – like the amazing Skully helmet – and what isn’t all that serious,” she says.

“In the end though, this might just give someone the confidence to launch their own Indiegogo campaign for something that compared to potato salad doesn’t look that far-fetched!”

Liz Wald will be speaking at A Conversation on Crowdfunding, presented by Indiegogo and General Assembly at the HUB in Sydney on Tuesday night.