Why all the fuss with the budget deficit: “Balancing a budget is not a goal and is actually irresponsible” 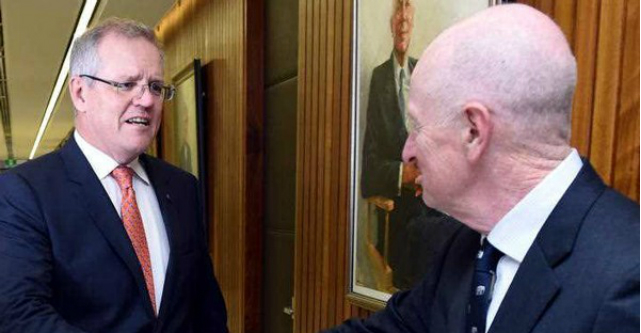 It’s hard to see what all the fuss is about.

Australia’s GDP is roughly $1,600 billion and the proposed budget deficit is about $35 billion. So the net injection of demand into the economy by the government is less than 2.2% per year.

Can someone tell me where the inflation threat is from this?

National governments do not, and should not, behave like a private household. They do not have to balance their budget.

Their responsibility is to maintain full employment and keep inflation in check.

Balancing a budget is not a goal and is actually irresponsible if it leads to depressed growth and the loss of jobs.

Commentators who criticise the government for not having a credible pathway to budget surplus should explain themselves.

What is intrinsically valuable about a surplus?

Government debt can be monetised

People who claim that all deficits create debt that need to be paid back belong to the pre-Keynesian era of economists who led the world to the Great Depression.

Germany like most other western nations, suffered the effects of the Great Depression with unemployment soaring after the 1929 Wall Street crash.

The unemployment rate reached nearly 30% in 1932, bolstering support for the Nazi and Communist parties. The rest is history.

In the US, the New Deal (massive public works) was drawing the economy out of depression when President Roosevelt attempted to balance the budget in 1937.

US unemployment remained over 10% thereafter and did not fall until WWII.

These fiscal measures succeeded in preventing another Great Depression and creating an estimated 1.6 million jobs per year between 2009 and 2012.

There is a limit to how much economic stimulus we can get out of cutting interest rates.

Aside from the fact that they are already low, and there is a limit to further interest rate cuts.

Business will not borrow unless they are confident about future demand for their products.

No matter how cheap it is to borrow, you are not going the invest in expanding production, hiring more workers or even investing in new ideas, if the consumer is not there to buy your products.

And the consumer will not be there if they do not have a job.

Without a fiscal stimulus, backed by a monetised government deficit, we will experience rising unemployment and subsequently further cuts in consumer spending.

A downward spiral will set in as lower growth reduces taxes and incomes and further weakens consumer spending.

Instead of sagely repeating hollow myths about government budget deficits, could economic commentators please explain: why we must reduce the deficit, and why a return to long run surplus is desirable?