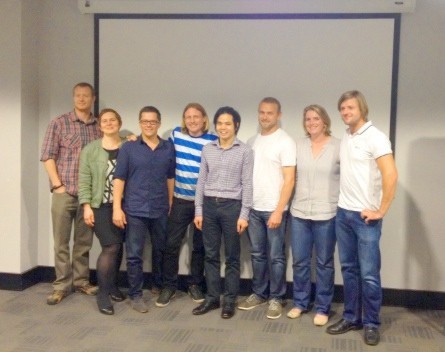 Seven entrepreneurs have this week graduated from the Sydney chapter of international accelerator Founder Institute, barely a third of those that started the program.

Program coordinator Benjamin Chong told StartupSmart this process of attrition is a fundamental part of the program, which has two major review points with mentors.

“In the sixth week, we have a group of mentors come in to review the ideas. That’s far enough in that you’ve spoken to actual future customers, and worked out the details of your business so you’re getting honest information on your chances,” Chong says.

The start-ups that don’t score above two out of five in that process are set special assignments, which Chong says are designed to really push them.

“Some of the people who get the special assignments choose not to come back when they realise they don’t actually have the product market fit or realised the market was smaller than they thought,” Chong says, adding those who fail the assignment are asked to move on, and return to a later round of Founder Institute when they’re ready.

Chong says the benefit of such a rigorous program, which includes psych testing as part of the entry program, is learning how to become your business’s biggest critic.

“As a start-up founder, if you’ve been through the effort of combing through your business and being critical of all the aspects, you can go and talk to customers, investors and suppliers and give them a great deal of comfort because you’ve dealt with a lot of issues,” Chong says.

Greg Jarrett, founder of private aircraft booking system Charter Intelligence, told StartupSmart the dropout rate in the program reflected the pressure to make sure your idea actually has potential.

“The point of the program is that you need to evolve your business idea throughout. You discover if it’s got real potential early on,” Jarrett says.

Jarrett pivoted away from a two-sided marketplace in the private aircraft industry space during the program.

“Two mentors pointed out there as a faster route to revenue. I moved from trying to build both sides of the marketplace to focusing on developing the inventory side and getting paid for that. In a few years I’ll pivot back to a double sided marketplace,” Jarrett says.

Charter Intelligence signed up their first two customers during the program. They are in the final stages of developing their online product which will be online in three months.

The Sydney chapter of the Founder Institute will be open for new applications in January.