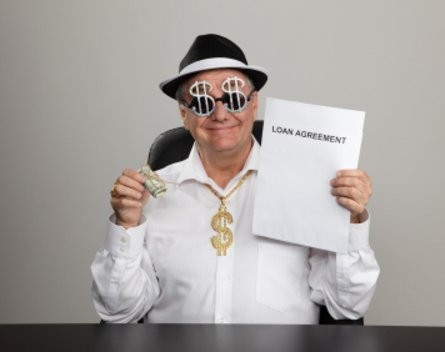 Hang around a few start-up events and it’s likely you’ll bump into someone who’s interested in becoming your ‘corporate advisor’.

Most likely, this person will be male, aged 40 to 50, dressed in a suit and – impressive. He’ll know everyone at the conference. He’ll suggest you have coffee, talk about how busy he is and name-drop a bunch of well-known people he’s ‘consulting’ to.

He’ll flatter you; say how amazing your idea is, and tell you he can introduce you to a collection of impressive sounding people, all for a modest fee and some equity.

Don’t do it! The deals these guys offer may be bad for the entrepreneur and investors don’t like them. And you miss out on all the benefits of fundraising. Yes, it’s painful, but the fundraising process is the best education you can have for the next stage.

I made this mistake, not once but twice in the first six months of Posse. It’s hard to say no to these guys because they’re so charming and fundraising can be difficult and daunting.

The pitch that someone can raise a million dollars for you from top investors quickly is very compelling. For me, it sounded too good to be true and it was!

I ended paying huge retainer fees that supposedly covered ‘costs,’ and then 3% to 10% of anything we raised. These deals are very hard to escape from. A few months later, when I gave up waiting for his contacts and raised the money myself, I was still paying someone a success fee on money he didn’t even bring in.

I raised the money; he collected the commission on my work!

Another reason for avoiding corporate advisors is that professional investors hate dealing with them. Two VCs actually asked me to write about this in a blog because they don’t want to be the ones to say it.

Investors back people. They want to know you’re resourceful enough to get to them on your own merit, not by paying someone else to do it for you. If you’re introduced by a corporate advisor whom they know you’re paying, you’re immediately on the back foot.

It’s not nearly as good as being introduced by another entrepreneur or investor they respect. And investors want to know that the money they invest goes towards getting the business up and running, not paying some guy to introduce you.

In many ways, fundraising sucks. It takes up a huge amount of time that you’d rather spend building your business, and it’s hard to take knockback after knockback.

But where there’s pain there’s often gain, and with fundraising there’s a huge upside:

Very smart people will challenge your idea and make suggestions

In the course of fundraising, I’ve met some of the smartest people out there, with direct experience of building businesses similar to Posse.

These challenging conversations about my product day after day helped shape my strategy. Many of our best ideas started as suggestions from prospective investors or concepts sculpted by their questions.

I often catch up with people I pitched to but who didn’t invest and ask for connections to other businesses or media partners.

I’ve pitched to more than 1000 people so I amassed a pretty large and powerful network.

By repeating the same pitch over and over, I soon sensed what people found exciting about our product strategy.

I polished my pitch until it shone, which helps when I talk to media or sell to customers.

You’ll be careful with money

I’m sure you’ve heard stories of companies who raised tens of millions from a VC and spent it all in a year before falling over. When you go out and meet people one on one, and they write you a personal cheque to invest in your business, I think you take spending much more seriously.

Every time I notice waste at Posse I can’t help but think of the individuals who invested. They trusted me to spend it wisely. As a result, our investment has lasted much longer than other businesses, raising our chance of success.

Fundraising is hard, lonely and distracting. Since I started Posse in 2010, I’ve probably spent at least half my time talking to investors, planning meetings with investors, answering their questions, preparing my pitch, negotiating terms, drawing up paperwork and chasing people for their paperwork.

When someone comes along and says ‘Your business is great. I can raise money for you and you won’t have to do the work,’ it’s a compelling proposition. In my experience, working with a corporate advisor often doesn’t work out; you end up frustrated, wasting time, money and equity.

And you miss out on terrific groundwork for your business.