A twin-win situation: Cameron and Tyler Winklevoss look to partner with Melbourne investor 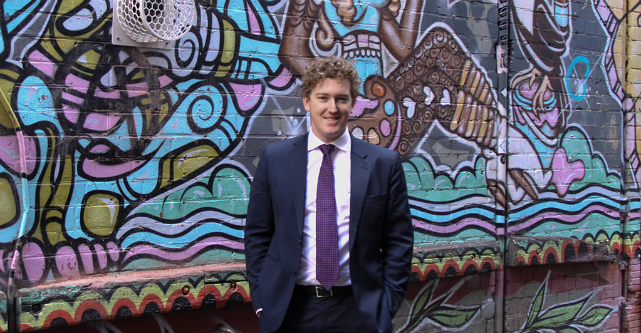 A Melbourne investor is on the verge of establishing a partnership with prominent tech entrepreneurs and VCs Cameron and Tyler Winklevoss – the twins who successfully sued Mark Zuckerberg for $US65 million claiming he had stolen the idea for Facebook.

Trimantium Capital managing director Phillip Kingston is in talks with the Winklevoss twins to draw from each other’s networks and explore blockchain opportunities in the Asia region.

The agreement will be on a deal-by-deal basis and will involve the twins’ VC firm Winklevoss Capital and Trimantium Capital sharing deal-flow and leveraging term design and due diligence.

“We’ll be using each other’s networks and relationships to grow companies and give them an unfair advantage,” Kingston tells StartupSmart.

Tyler Winklevoss says the pair wants to partner with an Australian group in order to gain local knowledge and expertise.

“Our headquarters are in New York and we spend most of our time between here and Silicon Valley,” Winklevoss says in a statement.

“We’ve built a very strong network of entrepreneurs and fellow investors as well as a great understanding of the technology ecosystem in the United States.

“We don’t have the same level of experience and expertise in Asia so it is helpful and necessary for us to work alongside those that do. We believe that collaborating on strong teams is much more powerful than trying to do everything by yourself and going it alone.”

Kingston was introduced to the Winklevoss twins through a mutual friend and spoke with the twins on the phone a “number of times” before the meeting at SXSW.

The investors connected over a shared interest and passion for blockchain and alternative currencies, he says.

“They’re quite famously connected to bitcoin,” he says.

“We have a mutual interest in blockchain and looking at how currencies become more sophisticated.”

The Winklevii have been long-time bitcoin investors and entrepreneurs, and at one point claimed to own 1% of all bitcoins in existence.

The pair established Gemini, a bitcoin exchange, in New York this year.

Kingston says the blockchain will have a wide-ranging impact far beyond just currency, and the investors that get on board now will reap the benefits.

“Blockchain is perhaps one of the first technologies that disrupts governments and businesses at the same time,” he says.

“But we’re yet to see that killer app that really works. It needs to be heavily simplified and there needs to be a lot of trust built up in the core concepts. There are interesting roles it can play beyond the obvious.”

This sentiment is shared by the Winklevoss twins, with Cameron saying it is a truly global technology.

“Software, and more specifically bitcoin and blockchain technology, are permeating every corner of the world – this is not a siloed phenomenon but rather a global technology with global reach, so it’s important for us to build as many investment and entrepreneurial bridges to Australia and Asia as possible,” Cameron Winklevoss says.

“Bitcoin and other crypto-currencies are global assets and blockchain technology is a global technology. Just like the internet itself these technologies have a place in every market in the world.”

Kingston, who will be meeting with the Winklevi again this week, says the famous investors have been a pleasure to work with.

“They’re really nice and down to earth too. They’re just normal people.”