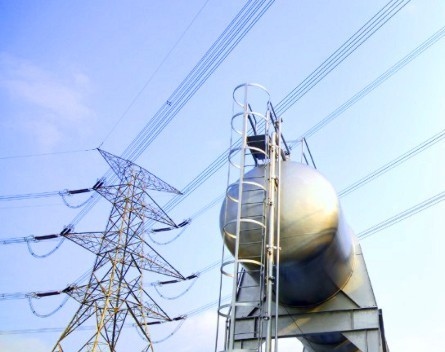 Mining technology start-up Zenogen has this week closed its first seed capital round after raising $400,000 from the Sydney Angel Network, the Sydney Angels Sidecar Fund, and family and friends.

Zenogen’s key product is a catalyst to improve the efficiency of gas production. Most catalysts are made from precious metals such as platinum, but Zenogen’s product is made from carbon graphite, making it much cheaper.

Founder and chief executive Daniel Zafir told StartupSmart the funding will enable it to continue working closely with international customers.

“There are many ways to make these gases, and this only works for one process: water electrolysis,” Zafir says. “It’s only a fraction of the market, but it’s the only clean way of making hydrogen. Water electrolysis is the only commercially viable zero emissions technology, which is why it’s really important.”

He says it’s a growing international market currently worth $10-15 billion.

“In Australia, unfortunately, that’s a marginal percentage of the market, but overseas the market is much bigger,” he says.

A neuroscientist by profession, Zafir was studying a Masters of Commerce at the University of New South Wales when he began working with chemistry professor Dr Chuan Zhao, who had developed the technology.

Zenogen is licensing the technology. Zafir and his co-founder, Alex Metelerkamp, have been working on the business for 13 months, including a stint with the Ignition Labs accelerator program.

“They helped me develop the business case. The science was already done by then, so we already had a working prototype and the data and results. I took that into Ignition Labs and we built a business case around that,” Zafir says.

Zenogen is working closely with one customer and intends to have developed prototypes in the next six months. He hopes to deploy the technology within 12 to 18 months and is in discussions with two more companies.

“There are only about 10 customers worldwide, so being able to work really closely with one is a big thing for us.

“We’re going over to Europe and the United States to demonstrate the technology to some of the world’s biggest customers in the next few months.”

He says customers have been among the easiest stakeholders to engage.

“Customer attraction hasn’t been too hard; they already have this issue, so when we pitch to them they’re really keen to talk to us. But considering the nature of the science, the pitch to investors has always been a bit scary for those who aren’t quite as high tech or chemistry savvy.”

The Zenogen team consists of the two co-founders and two part-time office staff, and is working with two full-time science advisors at the University of Sydney. It is now hiring so it can bring the chemistry work in-house.