New app heralds the next generation of radio: socially attuned and completely customisable 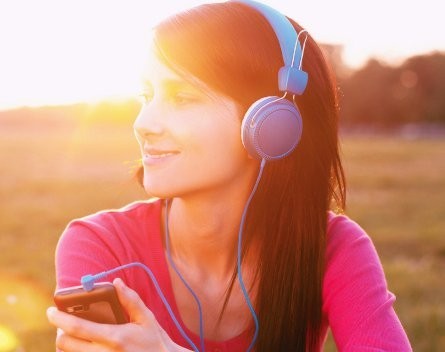 Created by 121Cast, the app allows people to create their own customised audio channel. The app also includes a recommendation algorithm to suggest content.

“Seeing how it can change people and their behaviour is really exciting, as is the opportunity make that commute period really productive all over the world,” Hooper says. “We’ve all been doing this for so long and everyone knows about it, so how this goes is tied to our personal brands, what we stand for, and our credibility.”

Co-founders Long Zheng and Hooper began exploring the idea for the app in 2011. They had previously worked on an international award winning start-up involving farm irrigation automation software.

“But it was the GFC and we were still students, so for a whole lot of factors it didn’t work out but it was an amazing journey,” Hooper says, who gave up studying at Stanford to return to Australia to work in the Groupon team just as coupon sales were taking off.

He was working at Groupon when Zheng got in touch to talk about how to turn the issue of commute productivity into a business opportunity.

“I was constantly looking for a good opportunity, but I didn’t want to jump on something unless it was awesome, because you want to put everything into it. When Long called me up and we started talking about an audio solution that read you your emails and updates, I realised this was it. I literally could not stop thinking about it,” Hooper says.

Omny sources content from over 30 providers, from music apps such as Spotify, to news groups such as the ABC and BBC, to Facebook, Google and Microsoft. Hooper says all the early conversations were focused on the difficulties of developing such an app, rather than building a business around it.

“Whenever we’ve spoken to potential partners or investors, the assumption is always if we can make the app work, the money stuff will be fine,” Hooper says. “The feedback we got was the idea was there and it could definitely be a business, but also that it was going to be really hard to build and we’d need significant expertise.”

They brought on third co-founder and chief technology officer Andrew Armstrong in February 2012. They’ve gone on to hire a front-end developer and a data scientist as well.

To guide the development, the 121Cast team launched a test app, SoundGecko, in mid-2012.

“We realised we didn’t have a clear idea of what we were creating and needed some real data. We tried surveys and interviews, but it didn’t really get us there. So we took a small fraction of this app, and bundled it as a standalone,” Hooper says.

SoundGecko, an app which read websites and PDF documents for users, has almost 50,000 active monthly users. It allowed 121Cast the opportunity to test the reception of voice-to-text, and also the data requirements for sending audio to thousands of users across the world.

Over 210,000 people have downloaded SoundGecko on iOS, Android and Microsoft phones.

“We found that managing all three platforms was quite hard. As soon as we’d launch a version, we’d see things we needed to change and there were always things we should have done on the first one,” Hooper says. “For the resources we have, it just isn’t feasible to be updating the app on all three platforms. So we’re fine tuning the iOS one while we do the core Android development.”

Omny is currently a free app. 121Cast will introduce ads and affiliate marketing in the coming months, and are exploring a premium subscription for launch later next year.

“SoundGecko definitely validated that people would pay for the premium features, such as more voices, and the Omny premium subscription will probably not include ads,” Hooper says.

Hooper adds financial opportunities will emerge from the user data over time.

In order to fund the development, the 121Cast team used their own capital and raised a series of seed investments.

“We burnt our own savings and lived off them for quite a while. We decided we were going to do this regardless, and between us we could go for about a year without raising funds. Let’s just build this because we have to do it,” Hooper says.

“With the investment, if we knew we need to do something in the future, we started building the relationship as early as possible and find out what’s important to our potential partners and match them on multiple data points,” Hooper says.

Hooper says they’re focused on Australia at this stage, but will be looking to expand to the US, United Kingdom and other English speaking markets in the next few years.