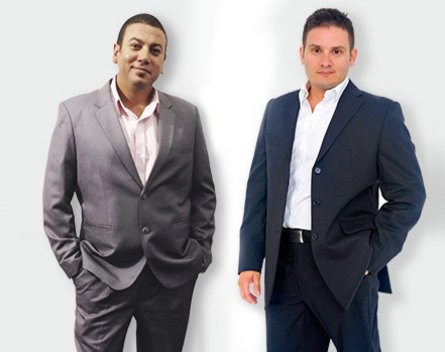 Queensland business 1800Approved has tonight been named Australia’s Fastest Growing Start-up at the 2013 StartupSmart Awards, sponsored by DFK Australia & New Zealand, after racking up a stunning $20 million revenue in its first four years.

1800Approved headed a top 50 list of rapid-growth start-ups, landing it a $10,000 advertising package from Private Media, StartupSmart’s publisher, and a $10,000 strategy review and planning workshop from DFK.

The financial brokerage, which provides finance on everything from homes to motorboats, was founded by Rodney Michail and Angelo Lauro in 2009.

It posted an impressive $20 million revenue last year, placing it well clear of SCO Recruitment, which came second for the third year in a row. WA consultancy Primero Group was in third.

This year saw a record number of entries received by awards organiser StartupSmart.com.au, Australia’s leading resource of news and advice for start-ups.

The site, set up by Queensland surfers Ryan Mets and Chris Greben, allows users to customise their surfboards before purchasing them, allowing manufacturers in their industry an easy path to the ever-increasing online market.

Meanwhile, InsideTrak, created by Mike Larsen, took out the Best Online Strategy award. The innovative site allows employees to rate their bosses, with job seekers able to get a Tripadvisor-style insight into their new workplaces.

Nineteen-year-old Ash Davies won the Young Entrepreneur of the Year award for his work on Tablo Publishing, a venture that allows authors an easy way to publish their books digitally.

The awards were held at the Victorian Investment Centre in Melbourne in conjunction with major sponsor DFK and supporting sponsor Small Business Victoria.

Oliver Milman, editor of StartupSmart.com.au, said: “We are delighted with the record number of entries to the awards, which demonstrate the exceptional depth in strength in Australian entrepreneurialism.”

“The judges had the hard job of choosing between a number of fantastic early-stage companies. What makes their achievement even more impressive is that many of them started during the worst days of the GFC, requiring exceptional hard work and innovation, particularly in the online space, to succeed.”