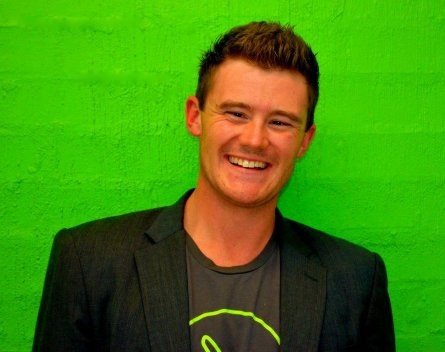 A 22-year-old entrepreneur will sit alongside Sir Richard Branson at a major University of Queensland Business School event next week, after winning a competition on LinkedIn.

Mick Spencer, sole founder of Canberra-based business OnTheGo, will sit on a five-person panel headlined by Branson at NEXT? The Future of Business Q&A at UQ Business School on May 9.

Up to 1500 people are expected to attend this event, including government representatives and UQ Business School alumni. The panel will discuss the future of global business.

Spencer secured his spot after winning a competition on LinkedIn, which asked entrants to write a 25-word submission outlining why they should be selected as the fifth panel member.

Spencer, who is currently in China, said in a statement he “always knew” he would meet Branson.

“It’s been a longstanding gut feeling but I never in my wildest dreams thought it would be on stage with him in front of 1500 people at a professional event answering questions about the future of business,” he said.

Spencer’s business, founded in late 2009, sells custom-branded sports gear to businesses and teams around Australia, but is also expanding into Asia and the United States.

“I started my business in my parents’ shed three years ago with $150 in my back pocket,” Spencer said.

“Since then it has grown by 300% and we have just secured a significant number of national clients.”

OnTheGo general manager Oliver Forrester, who is also 22, says Branson has been a massive inspiration for Spencer, so winning a spot on the panel is a major coup.

“He’s hoping to get an understanding of what Sir Richard Branson thinks about business going into the Asian Century and talking more about the role technology will play in assisting businesses, especially in assisting ours,” Forrester told StartupSmart.

“Currently in Australia we’ve got about eight people working for us… We have about 10 in China and then the main factory we work with has about 40.

“From there, he found his first client, got a deposit and went from there.”

According to Forrester, the business recently hit $1 million in revenue. And while it has ambitious growth plans, Forrester says there are no immediate plans to raise capital.

“We would prefer to maintain 100% control of the business, but we do realise you don’t always have that option, and you do have to make that leap and get investment,” Forrester says.

“It’s not just about having massive dollars in the bank. It’s about having the whole cycle of life, as clichéd as that sounds, [embedded in your business].

“We’ve partnered with a couple of our freight companies and every time we have excess stock or occasionally a bad run, we box all of that up and send it to villages in Fiji. We send about four massive carton loads a month.”