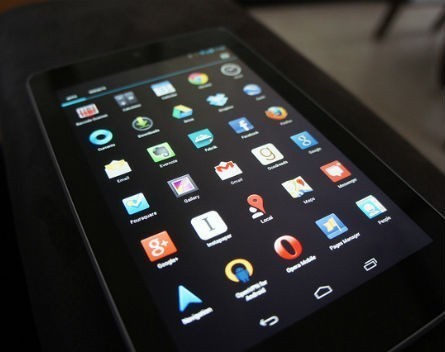 Google has announced it is going to begin introducing paid search results for apps into its Google Play app store, with the news drawing a mixed reaction from Australian app developers.

Under the changes, sponsored results will soon begin appearing at the top of search queries in Google Play in a manner similar to Google’s web search results.

The move is designed to help the search giant to monetise the global installed base of its Android operating system, which runs on around 1 billion devices globally. According to figures published by Kantar Worldpanel last year, smartphones running Google’s Android operating system account for around 58.1% of the Australian market, meaning the Google Play app store is also a significant gatekeeper in the local market.

David Mah, co-founder of mobile shopping app BlueSky, told StartupSmart he was among the app developers approached to participate in a trial of the paid ads, but turned down the invitation.

“They approached us to do just that, but we didn’t go ahead with it. Apple also approached us for something similar by putting us at the top of their app store on the front page. We were their top shopping app for 2014, and [Apple] didn’t charge us for that,” Mah says.

Klyp mobile lead Tyson Bradford told StartupSmart if the ads work like Google’s existing search ads, it will be advantageous for app developers to look at the ads as a channel to build exposure.

“The apps stores can be hard to navigate and get to new content on. You’re trying to view over a million apps on a four-inch screen. Especially if Google gets the contextual part right, this is going to be valuable for app developers,” Bradford says.

“It’s not going to cost you millions of dollars to get an ad on there, but if they put down $50 their ads won’t be there as long as someone with a million dollar budget. So it could be more cost-effective for app developers than other mobile channels.”

Zoom2u cofounder Steve Orenstein told StartupSmart the benefits of advertising will vary depending on what marketplace each app serves.

“In our instance there could be some relevance – gaming apps might be more relevant because people search for those a lot. If it’s good, it will give Google a new revenue stream while adding value for app developers,” Orenstein says.

“Anything that improves Apple’s search results will be great for users and developers,” Hull says.

In a post on Google’s official Android Developers Blog, Google Play product management director Michael Siliski said that in the coming weeks, selected users will begin to see ads in the app marketplace from a pilot group of advertisers.

“With more than 100 billion searches every month on Google.com, we’ve seen how search ads shown next to organic search results on Google.com can significantly improve content discovery for users and advertisers, both large and small,” Siliski said.

“Search ads on Google Play will enable developers to drive more awareness of their apps and provide consumers new ways to discover apps that they otherwise might have missed.”