A flurry of Flix: What’s happening in the Aussie movie streaming space? 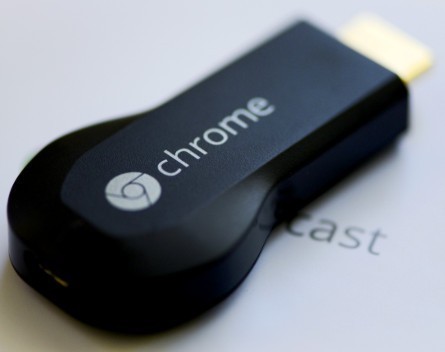 Movie rental service EzyFlix has announced it will be the first Australian streaming service to make itself compatible with Google’s new  Chromecast media device.

Meanwhile, the other big player in Australia’s streaming market, Quickflix, this morning told SmartCompany it has long been in talks with the search engine giant to make itself compatible with the Chromecast device, despite media reports EzyFlix had won the Chromecast race.

Chromecast, which retails for $49, resembles a USB stick and plugs into the HDMI port of a TV. It allows users to stream services straight into their living rooms and is touted to be a game changer for Australia’s burgeoning content streaming industry.

EzyFlix’s app is now live, while Quickflix says its Chromecast apps are in the beta mode of production, as it goes through a full accreditation for the device.

Quickflix weathered a storm this week, after  a bid to restructure the company and dump its DVD mail-out business was yesterday rejected by shareholders.

“We have a significant head start,” says Langsford. “It’s the first day after the general meeting of shareholders and we’re putting the distractions behind us and getting back to business.”

Craig White, CEO and co-founder of the company behind EzyFlix, told SmartCompanythat while being the first to make their service compatible with Chromecast gave EzyFlix a default advantage, the company looked forward to more services making themselves Chromecast compatible.

“It’s not a bad thing,” says White. “As more services become compatible, it will only serve to increase the consumer base.”

“Even when the others follow, Ezyflix will still offer the largest range,” he says.

White says there has been a lot of talk about US entrants in the local market, such as Netflix and Hulu, but the company is not worried about competition.

“There will be seven to 10 new entrants into the streaming market in the next 12-24 months, and there’s space for them all,” says White.

Langsford also welcomes healthy competition based on the successful US market.

“We expect in the brave new world of movie and TV streaming there will be a number of players and we will all offer something which is slightly different,” says Langsford.

And he says Quickflix is not concerned about US entrants to the local market.

“The reality is Netflix is focussed on larger markets such as Germany and France, so there’s an opportunity for us to get larger traction here before Netflix looks to Australia, and I’m sure they eventually will,” he says.

The differences between Quickflix and EzyFlix are clear, according to both Langsford and White. Quickflix has compatibility deals in the works with different smartphones and with Xbox, while EzyFlix boasts what it calls “device agnosticism”, which means users can operate the service on Apple, Android, Microsoft or any other platforms.

But while it seems the industry is all systems go in a race to win over consumers hungry for streaming, White says the DVD rental and retail market in Australia is still worth $1.5 billion and is seven times larger than digital market.

“Retail is still a billion dollar business for companies like JB Hi-fi. People who love their favourite movies and TV shows want to own them,” he says.

For this reason, it is likely that both players are looking to secure a slice of the retail market too.