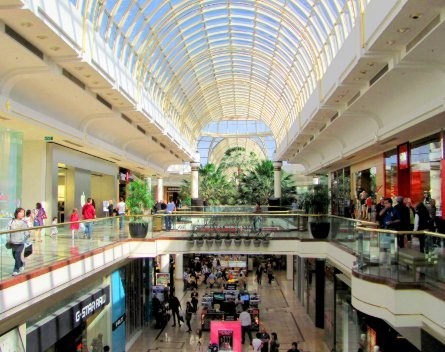 As Taskmaster readers will know, earlier this week your humble correspondent went for a sales meeting at a busy suburban shopping centre.

After visiting one customer, Old Taskmaster trundled through the now narrow corridors to a second store. Slowly.

The once wide corridors have been narrowed down by a series of mobile phone store kiosks, meaning a single elderly gentleman with a walking stick and five-year-old granddaughter in tow can now single-handedly slow a whole row of shoppers to a crawl. Seriously, centre management, it might boost revenue per square metre, but it’s a practice that really annoys your shoppers!

Anyway, the second sales call was a franchisee of a national chain. During a discussion about the newest widget models from Taskmaster Enterprises, they revealed their biggest business regret.

Apparently, part of their franchise agreement states that they have an exclusive ‘territory’ in terms of the location of physical stores. Unfortunately for them, any revenues from sales through the chain’s website or its mobile app go to the franchisor, even if the customer is within the same suburb as an existing store.

So if a customer visits their local store on Sunday, looks at an item, and then goes home before ordering it online a couple of days later, the value of that sale goes entirely to the franchisor.

As you might imagine, this creates all manner of perverse incentives.

For example, the franchisee views the website as a competitor with the same merchandise rather than an asset for their business. Why encourage your loyal customers to purchase their goods from a competitor?

As a result, since the company’s Twitter and Facebook accounts are geared to get people to buy online rather than in store, what incentive is there for the sales staff to promote them?

As a result, Old Taskmaster was amused to note the sales staff consistently “forget” to ask the customers to follow the chain on Twitter and Facebook – even when the owner or manager is within earshot.

The franchisee’s big regret with all of this is to fail to ask the question of how online sales revenues (or profits) are distributed. After all, who wants a franchisor who feels like a rival rather than a partner?

Well, Old Taskmaster says this: If you’re looking to become a franchisee, make sure you ask about how online revenues are distributed. It’s always better to ask ahead of time than to find yourself in a business dispute.

As for franchisors, be aware that the way you treat your online sales and web presence can create perverse incentives for your franchisees. If a sale can be traced to near a physical franchisee’s store, consider some sort of profit sharing agreement with your franchisees.