A lesson on taste from Steve Jobs 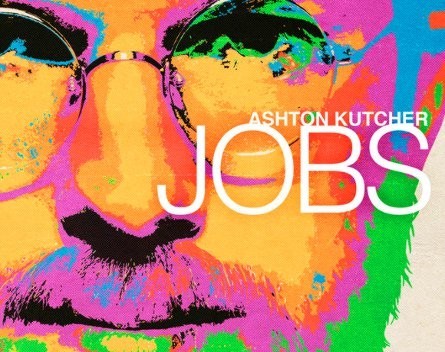 Over the weekend, your humble correspondent watched the Steve Jobs biopic Jobs.

Switching off an Android smartphone before a movie about Steve Jobs is an awkward, almost covert operation. You almost imagine being chased out of the local Cineplex by a bunch of single mouse button aficionados in black turtle necks baying for heathen blood – while brandishing minimalist white tablets and smartphones instead of pitchforks.

So is Old Taskmaster’s task of the day to order you to the cinema to watch this film?

Certainly, if you’re a hardcore Apple fan, this is a flick you should probably see – but then again you probably already have seen it five times already and are in the middle of torrenting it onto your second MacBook.

Since a lot of the film focuses on the start-up phase of one of the world’s largest companies, there’s probably a lot here you will relate to even if you aren’t in the tech sector.

And there are some interesting background details hidden in the film – the Radio Shack TRS-80s and Commodore PETs in the background of a scene on the West Coast Computer Faire were a nice touch, for example.

But beyond that? It’s not an awful film, and certainly Ashton Kutcher plays Jobs better than you imagine he would. But it could have been far better.

The film itself follows the standard, generic Hollywood three-act structure. It attempts to cram in too many historical details in too few minutes of running time, at the expense of character development, depth or context.

For example, in one scene Jobs has a conversation with the legendary Atari engineer Al Alcorn. But we’re not told Al Alcorn is the guy who designed Pong and was the lead designer on the world’s first successful home games console, the Atari 2600.

In order to really appreciate the significance of the scene, you need to read a biography about Jobs. Which then raises the question – why not just read a good biography instead of seeing the film?

With that being said, here’s a YouTube clip with a key business lesson from the (real-life) Steve Jobs:

Especially if you’re marketing a premium product, questions of taste matter. That means taking the time to get key elements such as design, ease of use and layout right. Cultural elements, including choices as simple as the typeface and colour you use, can have a big impact on how potential customers will perceive your product.

And there’s no better place to start your cultural education than by reading a good biography about Steve Jobs – because TV and movies rot your brain, Sonny Jim Crockett!

Get it done – tastefully.