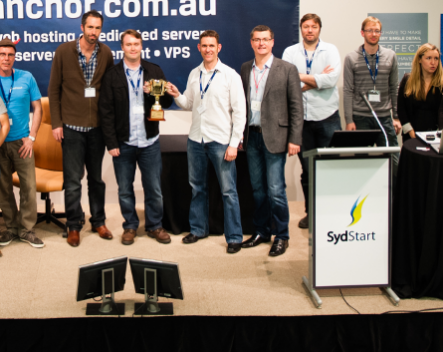 Australian startup conference SydStart is considering a name change, in order to reflect its growing prominence as a national startup event.

SydStart 2014 will be held at the Hilton in Sydney on Tuesday September 2 and features 120 exhibitors, and over 50 speakers and panellists, including the likes of Freelancer CEO and chairman Matt Barrie, and Atlassian co-founder Mike Cannon-Brookes.

“It’s easy to get the headline numbers growth, but the hard part is to get the sheer range,” he says.

“We’ve got everything from IoT (Internet of Things) in the home, to bespoke fashion and high volume, high capacity cloud services.

“We’ve got a huge percentage of women entrepreneurs this year, which has been part of a steady trend. My teenage daughter has been a big motivator for me to get away from the neck beards, they’ll be there and they are still some of the nicest and smartest guys, but the sheer range is great.”

220 startups applied for SydStart’s pitch event. These were narrowed down to 30 finalists. The Top 10 will pitch on the main stage at SydStart in front of a host of potential investors, while the next 20 finalists will get the chance to pitch on the expo stage to help them build awareness.

The Top 10 finalists include:

Next For Sale – Property pre-marketplace

Cooper says he was unsurprised the Top 10 was dominated by marketplace startups.

“I’ve seen this trend coming for years,” he says.

“I think it’s a combination of the Australian education system, we’re not narrowly educated so marketplaces are a natural thing. So Australia is well placed because of the diversity in our education, our history of good commerce and the force of law.

“Australia is a natural place to build great marketplaces, look at Design Crowd, 99 Designs and Freelancer.”

Over 1000 people are expected to attend this year’s event, which Cooper describes as “the hobby that ate my life”.

“It was supposed to be a part time thing I do a few weeks a year, but it’s become enormous,” he says with a laugh.