Growth, How I Did It, Local, Sales & Marketing 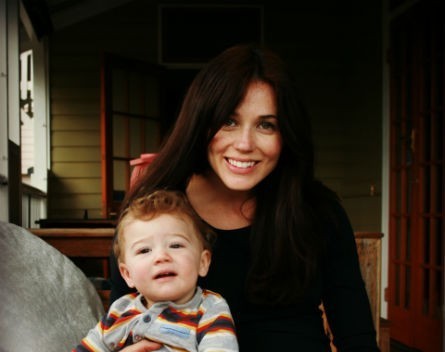 A new social network called Mothers Groupie aims to reduce the isolation felt by many new mothers by helping them to meet both face-to-face and online, with the site also recently adding a directory of “helpers”.

Co-founder Leanne Sexton told StartupSmart the idea for Mothers Groupie was born out of necessity and frustration after moving from Sydney, where she had previously worked in the media industry on titles such as Woman’s Day, Cosmopolitan and Madison.

“When I fell pregnant with our first child, we decided to have a change of lifestyle and moved away from family and friends to the [NSW] Northern Rivers at Lennox Head,” Sexton says.

“There was honestly nothing for a pregnant mother until you had a baby, when you were put in a mothers’ group by the hospital with a group of women you might have nothing else in common with. When I searched online, there were mothers trying to find each other by posting messages on online forums, but those messages date quickly.”

Sexton says the experience led her to develop a social network to facilitate face-to-face meetups with local mothers, allowing for online catch-ups in between. The site began as a local service, before expanding its reach and features, and eventually adding apps for the iPhone and Google Play app stores.

“Within a month we had over 40 mothers in Lennox Head. That was at the start of the year, after having a baby late last year and we’ve been refining the product since. We started basic and then have been refining it based on feedback from mothers on features they’d like to see,” Sexton says.

“A couple of months ago we added an app. Mothers are incredibly time poor – many don’t have time to even use a laptop. They have their baby in one hand and a smartphone in the other, where many do much of their admin.

The website now has close to 2000 members and around 300 groups with very little marketing. According to Sexton, privacy concerns, especially the risk of baby photos being shared with strangers, is drawing many mothers away from established social networks such as Facebook.

“Women in general are very social beings. When they become mothers, they become active on social media. I can understand first hand, going from working in the media on Cosmo to being at home in Lennox Head. It’s such a growing space, and privacy is a big concern,” she says.

“We find there’s a real mix of ages. You go from young mums to mums in their 30s to a growing proportion over 30. There are many demographics that need something like this, such as mothers in rural areas or with FIFO (fly-in-fly-out) partners.”

“Post-natal depression is a real issue, and research shows isolation and a lack of support can be a key cause. We’re creating a platform for people to catch up face-to-face and online in between to reduce that isolation.”

A feature Mothers Groupie recently added is a directory of reputable “helpers” such as nannies, babysitters, au pairs, cleaners, lactation consultants, child sleep consultants and fitness experts. Mothers can post job ads or search for helpers, read ratings and testimonials, and can pay a small fee to see the contact details of helpers they like.

“From a business perspective, it’s a demographic that’s sought after by brands, and it’s a closed and very trusted environment.

“We’ve tested the model, it’s working well, and we’re now looking for $500,000 in seed funding to really push marketing, fine-tune development and expand to the US where there’s nothing quite like it.”