A travel marketplace where the Loqules show you around 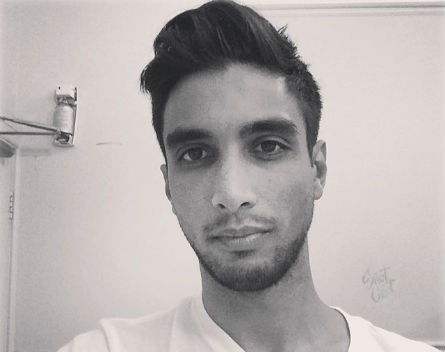 Are you sick of sanitised tourist trap experiences when you go travelling overseas? If so, a new platform, inspired in part by punk rock band Pennywise, wants to put you in touch with some interesting locals.

One of the three cofounders of Loqules is Jai Al-Attas, who told Private Media he first found business success while still in high school.

“I was 16 at the time – my friend Mark [Catanzariti] and I started our own record label, which we modelled on Epitaph and Sub Pop, called Below Par Records. The bands we signed included Kisschasy and Something With Numbers, and we ended up selling it to EMI,” Al-Attas says.

“We all grew up in the ‘90s listening to punk rock, surfing and skating. We didn’t know any better and there was no precedent saying we couldn’t do it. So I guess being naive was our best asset.”

After selling Below Par Records, Al-Attas was the writer and director of the 2009 documentary film One Nine Nine Four.

“When we travelled around the world, we’d be hooked up with record labels who would invite us to meet up after an interview and check out a new band they’d signed,” he says.

“After interviewing Fletcher Dragge from Pennywise, we went on a car chase around Hermosa Beach [in California]. Afterwards, he told us amazing off camera stories he would never have told us while we were filming.

“We also had Tony Hawk as a narrator, and one day he said he was going skating with Bucky Lasek and Andy Macdonald, and asked if we’d want to come along.”

After hanging out with rock stars and pro skateboarders, Al-Attas says travelling overseas with his next business, a social media company, was a disappointment by comparison.

Loqules hopes to fill the gap by creating a marketplace that can connect travellers to locals with interesting experiences and stories to share, in order to give travellers something more than the usual ‘tourist trap’ experience of travel.

“Loqules is a platform that allows you to do cool stuff with cool people. No disrespect to people who run those businesses, but outlet shopping trips, bridge climbing tours and anything else we consider a tourist trap, we don’t want to do.”

Loqules is planning to launch into private invite-only beta shortly. For its launch, it will partner with Vans Bowl-A-Rama in Bondi to offer an experience with Australian pro skater Corbel Harris. It includes the opportunity to sit by the bowl for the event rather than in the stands, meet a pro-skater of your choice and then access the official after party.

However, Al-Attas is keen to stress the interesting and cool people selling experiences through the platform will not just be celebrities. He cites the example of whiskey enthusiast and Grinspoon manager Gregg Donovan, who will offer Sydney tourists a tour of the city’s three best whiskey bars.

The business itself is bootstrapped, with experts setting a fee for their experiences decided based on two-way ratings, rather than through an auction-style bidding system. The service, in turn, will take a small commission from each transaction.

The marketplace will initially be web based, but Al-Attas is aiming to have a native app ready by the end of the year.