Adelaide committed to becoming “the city for entrepreneurs” 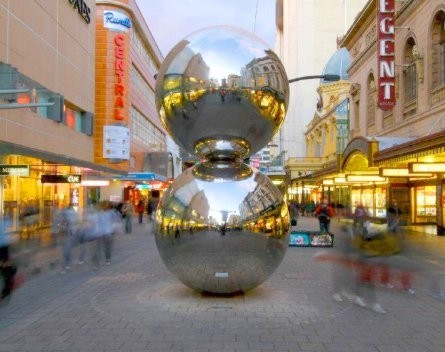 Adelaide is preparing for the Startup Spring Festival and is ready to take on some of Australia’s largest cities in its quest to become the ultimate start-up hotspot.

Chhai Thach, president of Adelaide’s first co-working space the Majoran Distillery, told StartupSmart all the stakeholders in the Adelaide start-up scene were committed to developing a leading start-up ecosystem.

“Small cities with the right ingredients can rival the big cities for entrepreneurial activity if they focus,” Thach says.

“In the start-up scene here, everyone knows each other. When we want to make something happen, we get together and just get stuff done.”

“It’s going to be huge. We’ve got people from interstate as well as local entrepreneurs,” he says. “The idea of Adelaide as a city for entrepreneurs is really catching on. There is a big push to build Adelaide into an entrepreneurial city.”

He says while Adelaide had always been home to many entrepreneurs, the rise of co-working hubs such as the Majoran Distillery, and Hub Adelaide, which launches this week.

“It all started when the Majoran Distillery space really launched, before that there was nothing out there. The co-working spaces is why it’s all taken off,” he says. “We needed a physical representation of what was happening already.”

Thach adds that programs such as Flinders University’s Venture Dorm incubator program and the ANZ Innovyz Start program have begun to build a community of entrepreneurs and supporters in South Australia.

“With all of these things happening, there is a lot of hype around start-ups at the moment.

“We’re learning from other cities experiences and building up. The sky is the limit; Adelaide has all the ingredients for a great start-up city.”

He says the lower cost of living, combined with great services and beautiful beaches could see Adelaide rival Melbourne, Sydney and Brisbane in the coming years, but they’re focused on being part of a national ecosystem.

“Adelaide’s growth is not just about South Australia. This is about the networked effect of connected community all over the Australian ecosystem.”