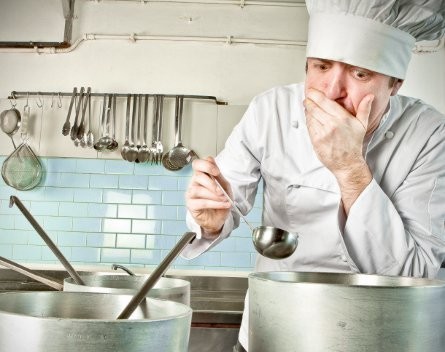 The Adelaide start-up scene is ready to fight the idea that Australian start-up founders only get one shot at success, and that failure will derail your career, with entrepreneurial heavyweights set to speak to an event next week about their biggest disasters.

The event is described as an opportunity to face up and embrace failure.

“Think of this like Alcoholics Anonymous for entrepreneurs: the first step is admitting that you’ve failed. The second step is telling us all about it so we can laugh at you – I mean learn from it. The connection with Alcoholics Anonymous ends there though: we’re holding this event at a bar,” it says.

Event coordinator and founder of task outsourcing platform Agent Anything Harry Schiff told StartupSmart the event was about facing up to failure and celebrating getting out there.

“This event is not about celebrating failure. It’s about celebrating actually doing things, not just trying. When you do things, when you get out there and try stuff, you’ll fail. It’s just how these things go,” Schiff says.

He says the idea emerged a few months ago at the Adelaide cross-sector summit Towards a City of Entrepreneurs.

“One of the things I brought up was about the lack of a culture of failure and that we should be doing something specifically to target that,” says Schiff, who moved from Canada to Australia to take part in the ANZ Innovyz Start program.

“The feeling I get from people here when you listen to those in the community is there is reluctance to self-promote your failure because of a fear of reputational risk. People get worried that no one will touch them again, won’t back their idea and won’t give them any money,” Schiff says.

“That humbleness is a good quality, but it makes it less likely you’ll get out there and try.”

Schiff says he and co-coordinator Jason Cross are hoping to make this a recurring event held at each of Adelaide’s three universities.

He adds the target market for this event is upcoming or aspiring founders, who need to know failure is part of the entrepreneurial journey.